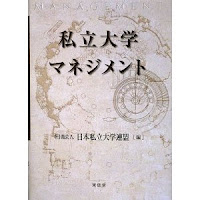 Although Japanese is a relatively rule-abiding language when compared to English, there a plenty of foibles and ticks when it comes to the art of combining kanji. Let's take a look at some tricky kanji that have different readings when spoken.


Kun-yomi and On-yomi Readings
As you may have heard, Japanese kanji (漢字) characters can be read in multiple ways depending on how they are combined. The "native" pronunciation is kun-yomi (訓読み) and the Chinese-derived pronunciation is on-yomi (音読み).

As a rule of thumb, kunyomi readings are used in proper names, places names, single characters, verbs, adjectives, etc. The kun-yomi reading is usually longer and many kanji have multiple readings depending on how they are used as well as some archaic readings that rarely come up.

On-yomi, on the other hand, tend to be relatively mono-syllabic and are used when multiple kanji are combined together. Even for kanji with multiple readings, there tends to be only one or two on-yomi to chose from.

Confusing Kanji
You may recognize the character 私 as it is one of the most commonly used kanji around. It literally means "I" (watashi) when read in kun-yomi alone and is often used to start sentences. It can also be read shi in the Chinese on-yomi reading. In this case, it is almost always used to denote something private like property or an institution. One such common rendering is 私立学校 or "private school."

Since many towns have both private an municipal schools, this can make things pretty confusing when speaking. Therefore, Japanese people tend to call private schools watakushi-ritsu gakko. Watakushi is the very polite way of reading the character 私 and it is also a kun-yomi reading despite all the other kanji in the compound being read in the on-yomi style.

On the other hand, talking about 市立学校 can create plenty of confusion as well. In this case, the speaker would likely refer to a municipal school as ichi-ritsu gakko. Like the above example, ichi is the kun-yomi reading of 市.

Luckily, the catch all phrase for public schools is often used when referring to schools affiliated the city (市立), prefecture (ken-ritsu 県立), or the national government (koku-ritsu 国立). Most people refer to these institutions as 公立 (ko-ritsu) or simply "public." Thankfully, this set of characters follows the normal on-yomi reading rules.


Confused yet? Don't worry, like all things, kanji reading gets easier with practice and time.


Know any other confusing kanji? If so, let us know in the comments!