5 Types of Predatory Birds in Japan 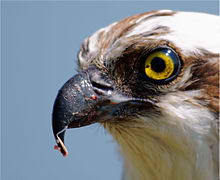 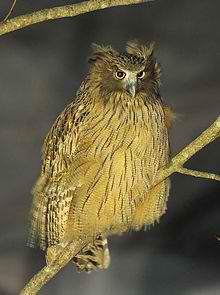 Blakiston's Fish Owl (島ふくろう - shima fukurou - lit. island owl)
One of, if not the, largest owl in the world. Lives in Siberia, and Japan. Eats fish, surprisingly enough, as well as some mammals. Impressive 2-metre wingspan! Endangered. Looks like Snufkin from the Moomins. 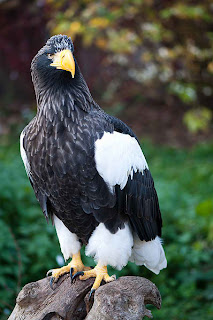 Steller's Sea Eagle (鷲 - owashi)
Slightly comical-looking but not to be messed with. 鷲 actually just means eagle. Larger than an American Bald Eagle (2.5m wingspan), and again found only in Russia and Japan. Eats fish, unless it fancies eating a crane or swan (!) or even a young seal. Endangered. 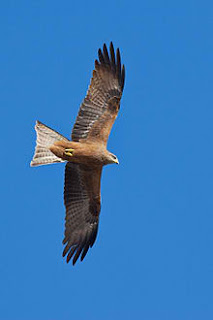 Black Kite (とび - tobi)
The most common bird in this list is the Black Kite. The skies of rural Japan are dotted with these things, especially near rivers and rodent-bearing rice paddies. They aren't very conscious of vehicular traffic, which results in frequent deaths when swooping for prey on country roads. 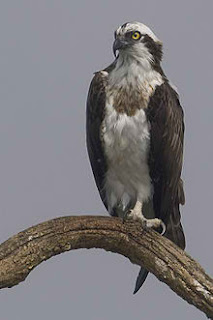 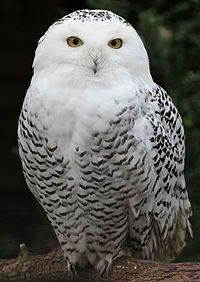 Snowy Owl (白ふくろう - shirofukurou)
Really, really beautiful bird which roams the Northern hemisphere. Up to 1.4m wingspan. Looks all soft and cuddly but probably isn't. Mercilessly kills lemmings. Although not in Japan. Rats and stuff in Japan. Lemmings, incidentally, are soft and cute and make better pets.