When looking at my latest e-bill from Softbank (my mobile phone provider), I saw a message about an impending change in the company's billing system. Apparently, all customers paying their bills a the local convenience store will be assessed an extra "printing fee" (hako-ryo 発行料) starting in a month or two. As it turns out, Softbank isn't the only company that has started penalizing customers who opt to pay the old fashioned way.

Email ThisBlogThis!Share to TwitterShare to FacebookShare to Pinterest
Labels: Cheap 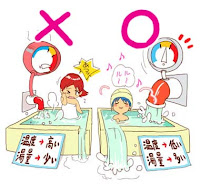 As you can expect, washing hands in icy water only to go out into the cold is not very fun. Therefore, I decided to look at why Japanese public (and sometimes private) restrooms have an aversion to warm water.
Read the rest >>
5 comments: 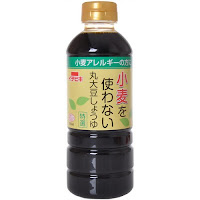 I seem to know a fair number of people who are allergic to gluten or are trying to minimize it in their diets. More and more in Japan, I see stores and products sensitive to consumers with allergies, and gluten awareness seems to be slowly rising as well.

Soy sauce is a major condiment in cooking here, of course, and you might be surprised to learn that even though its primary ingredients are soybean and salt, it also includes roasted grain. That grain is often wheat.

So if you're looking for a gluten-free alternative for your cooking, here's one to consider: The company イチビキ (ichibiki) puts out a product called 小麦を使わない丸大豆しょうゆ (komugi wo tsukawanai marudaizu shouyu, "wheat-free whole soybean soy sauce") that is advertised as being as tasty as the real thing.
Read the rest >>
No comments: 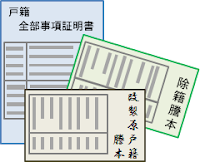 As our frequent readers may recall, not so long ago we covered opening up of the basic resident registry system to foreign residents. Until very recently, the so-called "residence register" (jumin-hyo 住民票) used by localities to provide public services and collect tax revenue has only been available to Japanese residents. However, even though foreigners are now able to get on their own address registry, they still can't get a "family registry" (koseki 戸籍). Let's take a look what a koseki actually is.
Read the rest >>
12 comments:

Email ThisBlogThis!Share to TwitterShare to FacebookShare to Pinterest
Labels: Legal

Revisiting a topic from the earlier days of AccessJ, one of the biggest money-saving tips we've found when getting settled in the country is the recycle shop (リサイクルショップ).

In the intervening decades since Japan's bubble and its Huxleyan buy-new culture, recycle shop franchises have sprung up and flourished around Japan like a nationwide plague of daisies. The first chain I became accustomed with was BOOKOFF, a secondhand dealer specializing in book, CD, movie, and game software. BOOKOFF and its associated stores, including mirthfully named HARDOFF (electronics hardware, musical instruments), are a decent way to save a buck on home entertainment. The chain has other associated stores as well, like OFFHOUSE, which deals in clothing and home interior.

Getting Married in Japan: Wedding Fairs

Now that you have proposed, gotten the all important parental OK, and started your search for wedding venues you can start experiencing "wedding fairs" (ウェディングフェア also known as "bridal fairs" ブライダルフェア) at your top venues.

However, since wedding places are all inclusive (meaning they handle everything from the service to the cake), the concept of a wedding fair is very different compared to the big convention types found in North America.

Email ThisBlogThis!Share to TwitterShare to FacebookShare to Pinterest
Labels: Marriage

A couple of years ago, I shared the Japanese-style resume forms (履歴書, rirekisho) I've collected and used in my own job searches. As easy as the resume forms are to pick up at a convenience store in Japan, I found that it's actually kind of a pain to find good rirekisho document templates online. A lot of people visit that post, and I hope it serves as a helpful resource for bilingual job hunters.

However, I didn't talk much about how to actually write a Japanese resume. And the other day, a close friend of mine contacted me with a plethora of questions on the matter. To help him out, and to refresh my own memory on the subject, my next few posts will take a look at the format of the rirekisho: