It's in Your Blood: Japan's obession with blood types 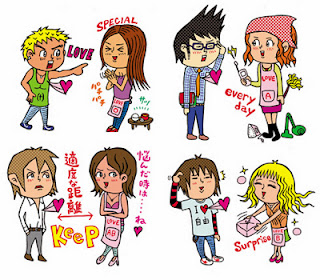 For a long while, I thought that the standard blood groupings ( A, B, AB, and O) only had to do with microscopic antigens on my cells. Boy was I wrong. As it turns out, your blood type determines everything about you core personality...or at least that is what many people in Japan seem to believe.

Personally, I think the whole idea of blood types as a basis for determining your personality is as silly as it comes, but it seems that most of Japan disagrees with me. If you live in Japan long enough, it is only a matter of time before someone asks for your ketsueki-gata (血液型), or blood type in order to determine your preordained personality type.

The linking of blood type to personality--known officially ketsueki-gata seikaku bunrui (血液型性格分類)--as is by no means a recent phenomenon. However, the rise of the Internet, TV, and mass communication has perpetuated the myth that your red blood cells magically alter your physiological state. Also, variety TV shows and girl magazines that actively promote uranai (占い), or fortune telling, have been a major force in the propagation of the blood type obsession. 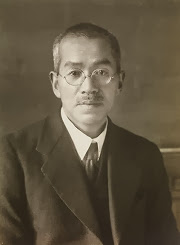 The connection between blood and personality is by no means unique to Japan. Pre-Industrial Revolution European medicine was crazy about the idea of "humors" as represented in bodily fluids, and let's not forget about the practice of "blood letting," formerly used to cure... just about everything. However, what is unique about Japan is how far this superstition has continued into the present day and age.

The man to thank for that is a gentleman named Yoshikawa Takeji (see left). A high school teacher and amateur physiologist by trade, Yoshikawa published a series of works in the 1920s and 1930s expounding on the link between blood and personality. While he was not necessarily the first person to articulate these theories in Japan, he certainly was the most popular.

Despite having been refuted by the Japan Medical Association as early as 1933, the blood-personality link continued to gain traction throughout the 20th century. Apparently, the theory is also popular in other Asian countries like Korea and Taiwan, but I can only vouch for my own experiences here in Japan.

What do Blood Types Mean
Since you probably will be asked about it at least once, it doesn't hurt to know what each type represents, even if like me you think the whole idea is poppycock.

Officially there are two personality facets for each person, the omote (面) and the ura (裏). The former is your outwards traits like outgoingness, ability to interact with others, and so on. The latter is your inner feeling and thoughts that you keep hidden. Ura traits are almost always of the negative variety. Let's take a look....

Omote traits by blood type
Ura traits by blood type
Do these traits sound suspiciously like overly vague generalities? Well, that is probably because they (in this author's opinion) are. However, the above traits are just one interpretation among many. There are literally whole books written about blood types and personality traits as well as how different types interact socially and intimately.