Why are the Japanese Such Bad Drivers? 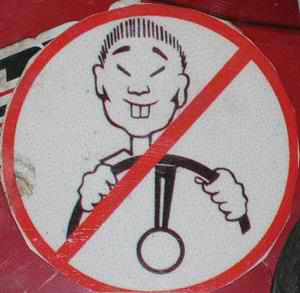 When I still lived in Japan, every single time I went anywhere in my car I fumed with rage at the morons cutting me off, braking inexplicably hard in front of me, or truck drivers trying to crush me to death on the expressway. This anger came to a head when an old man caused 800,000yen damage to my car and almost ended my life.

It's no secret that the Asian driver stereotype is a negative one. Anger aside, let's find out if there's a real reason for this.

Well, as far as Asia goes, traffic accidents are rampant. More than half of the world's accidents occur in Asia, which has only 16% of the world's cars. But that includes places like China, Malaysia, Thailand and the Philippines. The last of which I now live in, and can tell you that crossing the street is a gamble with unfavourable odds, driving more so. However, there are some external factors which can be used to explain away a portion of these statistics (road condition, safety standards etc). And anyway, let's focus on Japan.

If we take a look at the statistics, per 100,000 people in Japan about 4 die in traffic accidents per year. That's about the same as the UK and much less than the USA (12.3 people). It's not exactly Togo, where 14% of vehicles crash every year!

Bear in mind that there are always going to be various explanations for these numbers. For example, the legal age of driving a car is 18 in Japan, while it's 16 in America. Does that make a difference? Probably.

So I guess Japanese drivers aren't so bad... except those is Kagawa prefecture, which sees 16 deaths per 100k. So... get the train...

You might, if you're determined, be thinking "of course there are less deaths per 100k, their public transport system is exemplary". Well, very true. But if we look at deaths per 100k vehicles we get a pretty similar picture. Just under 7. Same as England and less than half of the US. So.... nope.

But maybe this isn't really an answer to our question. Maybe Japanese people are just better at not dying. Or  have faster reactions. Or something. Nevertheless it's impressive, especially when kei cars are so flimsy. Not to mention mini-cars.

The fact is that there is no definitive data indicating that the Japanese are any worse at driving than anyone else. That anger that I felt in Japan, and that many others I knew there did, is probably quite simply explained away. Most, possible all in some places, of the drivers you encounter in Japan are Japanese. The good ones, the normal ones and the bad ones too. It's more than likely it's as simple as that - you see so many bad Japanese drivers that you think it is the Japanese-ness that makes them that way. Well, it ain't. But you probably knew that already. 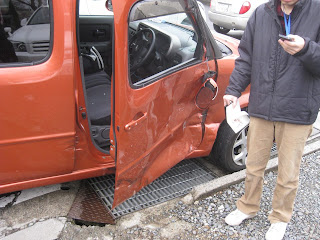