Top 5 Causes of Death in Japan 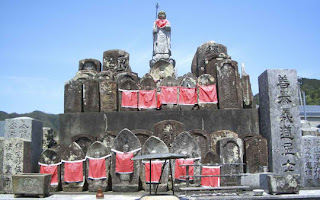 Morbid subject, but for the interested here's a summary, plus a little extrapolation.

Quite possibly the first thing to come to mind on this subject is suicide. Japan's famous for it, and always has been (think samurai, kamikazi, sararii man).

The unfortunate truth is that there is indeed a lot of suicide. In fact, the leading cause of death for males between the age of 20 and 44 is taking their own lives. But nationally, across genders, the picture is slightly different. Suicide comes in 8th place. Still obviously much higher than most other countries, and the global average of 10th place. And Japan is 7th in the world in terms of suicides per 100,000 population, way behind South Korea in 1st place (21.9 vs 31.7 people).

But the leading cause of death in Japan is a stroke. Followed, perhaps unsurprisingly when considering their freezing cold houses, by the flu and pneumonia. Coronary heart disease and lung cancer take 3rd and 4th place respectively (similar to many countries), followed by stomach cancer.

Stomach cancer is much more common in Asian countries than elsewhere in the world, with Japan and Korea sharing the top spot for incidences per 100k of the population, and despite rigorous screenings is clearly one of the biggest killers. The reason isn't universally agreed upon, but there is compelling evidence for a relationship with high levels of helicobacter pylori bacterium in the intestines in this part of the world. Research into prevention and limitation continue.

Without further ado, here is a table of the top 10 (not five, because I'm feeling generous) causes of death in Japan compared to the USA. Adapted from this site, which used WHO figures from 2009.