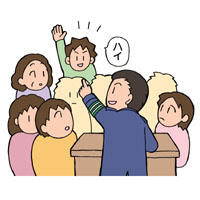 Last week I lauded my local driver licensing center for their efficient processing of renewal applications. In a sea of a couple hundred other individuals, I got my whole application finished--including an eye exam and photograph--in under thirty minutes.

Because I was a first-time renewal (初回更新者, shokai shoshinsha), I was also slated to take a 120 minute drivers' education refresher course as part of my renewal process.

After my application was filed, I headed upstairs to sit outside the classroom where my course would be held. The course began at 10:00 a.m., but the doors were opened about twenty minutes before that time, allowing people to begin filing in and choosing seats. 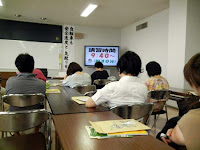 I was the only obviously non-Japanese person in my classroom, but I still felt that the class was fairly diverse and that individuals with different needs were being handled in an appropriate, courteous manner. One guy behind me was hearing impaired and had a personal interpreter along for the day, and another guy in my second-floor classroom was in a wheelchair.

As an incentive to get people to sit at the front of the classroom, our lecturer told us off the bat, "At the end of class, licenses will be distributed according to seat order. If you want to leave quickly, sit as close to the front as you can."

The lecturer, by the way, was a very matter-of-fact guy. His speech was crisp and his delivery timed to a 'T'.  I could tell that he'd done this dozens of times before and had a lot of pride in his job. He wasn't the typical monotoned, sleepy old guy I read about in other renewal experience posts. (Also, he looked about two irks short of an explosion when a junior officer escorted three more renewees into the lecture hall ten minutes late.) 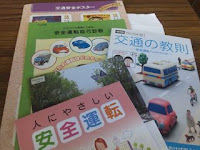 However, like the other experiences I read about, my course did include a campy road safety video. The videos of choice appear to change over time or at least vary by licensing center. Every retelling of the refresher course seemed to describe a different video. Sometimes it's a story piece (guy gets into an accident, kills someone, loses his girlfriend and job from the shame, and his life just generally falls apart because he wasn't a safe driver or guy decides to drive drunk, all hell ensues) and sometimes it's a "real accident" video, in which you watch cars slam into each other and gaze at disfigured body parts strewn about in pools of blood on the road. Whatever it is, it's supposed to scare you into being a better driver.

My video consisted of a series of clips shot by dash-mounted cameras. It had a specific educational overtone, as opposed to a moral message or simple fear mongering. The narrator listed off different types of common accidents (head-on collisions, rear-enders, hitting a stupid moped driver that tries to pass you on the left, etc.) and showed clips corresponding to those kinds of accidents. I assume the cameras must have been mounted fleet-wide across some company's vehicle pool, otherwise I don't know how they would have collected all the footage used in the movie. From the make of the cars, I suspected they were all taxis. Anyway, most of the footage in the video was real. Cars smacked into each other and into motorcyclists and pedestrians, usually sending the latter two groups tumbling down the road. There were a few corny, very staged moments, including a golden moment when two elderly actors walked into the middle of the road and proceeded to glower at a car that almost "hit" them.

As far as drivers ed videos go, I don't think mine was too bad. The film's production date is listed as 2011, and I do distinctly remember seeing a current iteration of a Mazda Demio being used in the film. However, from actor hairstyles, I'd guess at least some of the footage comes from the nineties. If you're interested in seeing it yourself, the distributor has it listed for a paltry 73,500 yen price tag.

Anyway, back to the class:

For about thirty minutes prior to the video, we went over recent changes in driving laws. Here's the big stuff that's happened between 2007 and 2012:


Then we watched the video, and then there was a 15 minute break.

After the break, the lecturer focused on the effects of alcohol on driving ability and changes in penalties for drunk driving in Japan. Dan gave some info on that subject in his drunk driving checkpoints post, but here are the bullet points:

No, but seriously, don't. We have a whole post here about how a single drunk driving charge in Japan can pretty much turn your life upside down. The fines are outrageously high and you will almost certainly lose your license for a year or more, then have to take the driving test again to get it back.

After wrapping up the drunk driving segment, our instructor thanked us for our attention (I only noticed a few people sleeping...), and directed us to stand by row and proceed to the front corner of the classroom, where we exchanged our old licenses for our new ones. I had been kind of hoping to keep my old one as a souvenir, and I'd read other posts online where people said they kept their old license after a hole was punched through it, but no such luck in my case.

While waiting in line, we were handed a notification slip with some scary-looking legalese on it: 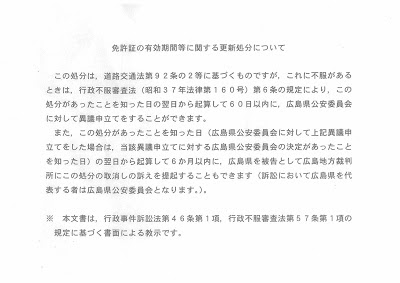 You may get one of these, too. It's a notification the police are required by law to give you. But, you probably don't need to worry about it. When you renew your license, you may be eligible for a gold-colored license, if you haven't had a reported traffic violation within the past 5 years. If it is your first time renewing, like me, you've only had your license for 3 years, so of course you are not eligible. This paper tells you that if you did not get a special gold stripe on your new license when you were expecting to get one, you are legally entitled to make a claim to the traffic safety association within the next 60 days. (Whether your claim is successful is another matter, I assume.) If the traffic safety association turns down your claim, you are legally entitled to fight that decision in court within the following six months. 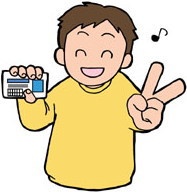 Anyway, I had my new license in hand and my time in the classroom was almost over. There was just one last thing to do: carefully confirm the details on the new drivers license. If there is any mistake in the printed information, it becomes much more tedious to correct after you leave the licensing center on your renewal day. So check it well and alert one of the officers right away if you spot a problem.

Everything on mine checked out. Hooray! I couldn't wait to get back to driving.

You can imagine my delight when I walked back out into the licensing center parking lot with its frigid winter air... to witness the most exaggerated road rage I've ever encountered in Japan: five dozen cars all muscling to get out of a one-exit parking lot, honking at and actively blocking each other from merging into the exit lane. Oh, Japan, you ironic cad!