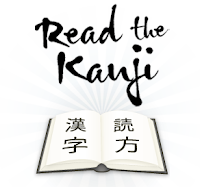 Heisig-Schmeisig: How I (Wish I'd) Remembered the Kanji

I cannot emphasize enough how important a solid kanji vocabulary is for your progression in the Japanese language. Knowing the jyouyou kanji, or at least a hearty subset of them, will unlock so much of the Japanese world to you. If I could go back in time and change one thing about my early Japanese study efforts, I would without a doubt change the way I handled kanji.

As a teenager, after memorizing the hiragana and katakana by filling pages of notebooks with the characters written over and over again, I proceeded into kanji in much the same fashion. Each kanji was a single entity to me, and to learn it I'd write it on a homemade flashcard, cut out from 4-by-6-inch recipe card, and on the back wrote the Heisig "meaning" (as found in Jim Breen's EDICT) as well as every possible kun-yomi and on-yomi reading listed in my electronic dictionary.

Armed with a stack of such cards (always ready in the front pocket of my jeans for an impromptu review session), I would shuffle and repeat the new kanji over and over, day in and day out, until the corners were bent and frayed. More than once was a stack lost to eternity on laundry day.

My kanji knowledge did progress, and by the end of a year I knew the strokes and meanings of about 500 characters. But that progress was thanks only to the blind dedication I held to my inefficient, confusing method of study.

Later, I actually read the Heisig books and learned more about his method: Learn the kanji and the meaning first, then worry about the readings later. I realized the sense in keeping your study focused and simple: one card for one piece of information. The clunky, info-packed cards I'd made could still be useful, if I only worried about reciting one piece of info per card, per session. (And in fact, this was something I had occasionally been doing, though not by intention: I'd get so tired of trying to list off ten pieces of information for each card that I'd "get lazy" and start to just give the meaning before flipping the card over.)

However, and here's the kicker: even years later, when I'd learned to study meanings and readings one at a time, and I "knew" over 1500 characters, I found that I still sucked at reading Japanese. I could name the on-yomi and kun-yomi readings listed on any of my flashcards, but that knowledge didn't segue well into real life. I had a great deal of difficulty reading any long passages of text in Japanese.

The reason the kanji readings don't help much by themselves is because they're only part of the equation.

When kanji show up in words, yes, they do often follow patterns of pronunciation. And yes, if you know all the kun-yomi and on-yomi for a given kanji, you can probably take a stab at how the word in front of you might be pronounced.

But far more importantly is the fact that kanji tend to show up in the same particular subset of words, over and over again. When Japanese natives see 理, they don't think "reason" like Heisig does. They think 理屈, 理由, and 無理. From the similarities across those words, they might have a vague sense of what 理 as a single character might imply, but it's not part of the active language process.

"But, there are way more vocabulary words in the language than kanji!" you balk. So did I. It should be way more efficient to learn the couple thousand kanji out there than the tens of thousands of words out there, right?

Because even if you spend countless hours learning those kanji one by one, in the end, in order to speak, write, and read Japanese fluently, you're going to need to know the vocabulary words themselves, not just the kanji of which they are composed.

Your goal is to be able to communicate in Japanese like a Japanese person, right? Then learn the kanji the way Japanese people learn them: Alongside the actual vocabulary words used in modern speech. When little kids practice writing characters over and over, hundreds of times in their colorful kanji notebooks [img of one here], they're starting out with one single character, but over in the margin, where the character is introduced, is a set of three or four common vocabulary words who make use of that kanji. And after writing the single character dozens of times to drill the stroke order into their brains, the very next page of said notebook is likely to have the child writing sets of two characters in succession as actual words: The kanji are just a component. The ultimate goal is the word.

If you're interested in the esoterics of linguists, as of the roots of latin and greek in English,
the breakdown and significance of individual characters is of course a wonderfully interesting subject. I just wish I'd been able to point out to myself sooner, to wave away the mists of enigma puffed forth by old, starched-collar textbooks that communicative ability is, though not exclusive from, not dependent upon an exhaustive knowledge of that language's inner workings. (Which, by the way, might have something to do with many a brand new ALT's realization he or she has no idea how to answer grammar questions set forth by students.)

As English speakers, we know "octo" as a Greek root for eight, "quad" as a Latin root for four, and can therefore find we're comfortable words we might rarely hear or use, like quadrangular, quadraphonic, octennial... maybe even octogenarian.

While you would certainly obtain a sense of our language most native English speakers don't possess, I find it very hard to believe that trying to memorize all the Latin, Greek, Germanic, or Anglo roots found in English first, then the actual vocabulary you expect yourself to be able to use as a competent, "C2" speaker is an efficient method of study.

All in all, I find that the word-approach to the language is far more holistic in my ability to discern new words; when I encounter a new word, composed of new kanji, I can effectively guess the reading of the new word because I know not just the readings of the kanji but have a sense of the probability of a kanji's reading based on how it's combined with the other characters in the other words I know.

This is where RTK comes in... (and, later for me, self-made flashcards anew, this time with a focus on words rather than the single kanji)

You see readings repeat over time, you pick them up, and you find yourself able to guess the reading of new words based on the other ones you've learned.