Elementary School: The Hello Song vs. "Anything OK" 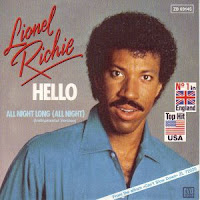 Those of us teaching English will have reams of stories complaining about the repetitive things we have to do. Read and repeat after Mr Dom, read and repeat...

One of the worst cases for me was The Bloody Hello Song. Last year I taught elementary students one day a week. I loved it and desperately want to do it again. But one thing I don't miss was the shockingly bad

And I hope that you are too!

x3, then x3 again with a stupid "gesture dance". At the start of every single lesson.

This was a perfect example of the worst side of teaching in Japan - when all control is removed and the gaijin must perform!

Don't get me wrong, I really love teaching and I don't mind following a set plan one way or another. When it all falls apart is when you're forced to perform in a certain fashion; whether it's to sing one of these awful songs (sometimes to annoying American backing tracks and sometimes cold), or painfully act out some skit with a homeroom teacher with less English than the students. The whole flow breaks down, progress is halted and it's nothing but embarrassing for everyone.

Elementary worked best when it was just me - when the homeroom teacher stood back and only chipped in when needed. It was at its worst when he or she butted-in to explain in Japanese what was intended to be organically learned, or worse just repeated my lines several times.

Maybe they were just inexperienced teaching with an ALT (me). It was the first year it had been done in this way, and several of the teachers were virtually shitting themselves - literally shaking like a leaf for the whole lesson. But for this particular school there was as-good-as a script for each lesson. All the teacher needed to do was chime in from time to time and not screw up my bit. I'd say two-thirds of them managed that.

However, I also worked at a different elementary. This one was very small (only one class per grade) and the English-level of the teachers was abysmal. I'd teach two classes there. The first was a case of "repeat after me" and used a missplaced textbook.

The second was something all teachers will shudder at the sound of: "anything OK". It took several classes of the teacher turning to me at the start and saying "Free lesson!" for me to understand quite what was happening. It turns out he was so scared that he wouldn't even try to teach English. The first few times I replied with "huh?", after which he would turn to the class and shout "janken champion!". The rest of the lesson would be one big game of rock-paper-scissors in Japanese. Once I cottoned-on I started to prep proper classes for them. That was fine - it's fun. But those words will forever haunt me... "Mr Dom... free lesson!"

So what have we learned? Well, it doesn't seem to matter whether you have complete control or are entirely directed, you're still a very difficult tool to use. Be prepared for this and plan for every eventuality. If you're in control, have a backup lesson planned in case everything falls apart (at least a game or something). If you aren't, be prepared anyway just in case it turns out that you actually are. Lose all self-consciousness or you won't get through the Hello Song with your sanity intact, and make sure that you never have to revert to the pathetic Janken Champion.