Wholesalers and Buying in Bulk in Japan 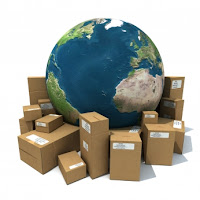 Our US readers are most likely familiar with the business of consumer wholesaling. For those ex-pats in Japan longing to buy kilogram loads of bagels, you aren't entirely out of luck.


For those of who don't know about the wholesale business, this is a store where you pay a monthly or annual membership in order to buy cheap, bulk quantity goods in addition to other perks. Chains such as Costco, BJs, and Sam's Club all fall under this classification. This mode of shopping may seem out of place in a place like Japan that generally eschews the American "bigger is better" shopping ethos, but in fact there are a good variety of wholesalers avaliable.

Gyoumuyo (業務用)
The most common type of Japanese wholesaler/bulk goods retailer is known as gyomu-yo supa (業務用スーパー) or gyomuyo shohin (業務用商品). This literally translates to "business-use super market" and "business goods" respectively. Basically, any product labeled gyomuyo (業務用) means "business use" or "institutional use" and in Japan that often translates to bulk quantities. If you have a lot of mouths to feed or just like eating a lot of one specific thing, these retailers can save you a bit of cash.

Many towns and cities have all sorts of gyomuyo shops, although the vast majority specialize in food and some even double as regular supermarkets. In addition to getting your hands on several kilos of coffee, gyoumuyo shops often have imported goodies that are hard to come by otherwise, in addition to an odd ball selection of alcohol, cheese, and what not. However, these shops are often located in out-of-way areas and are not as well advertised so get ready to Google.

For some odd reason, liquor stores in Japan often carry business size frozen goods, so that is often a good place to start looking.

The good news is that very few of these stores require an annual membership fee.

Orodonshi-ya (卸問屋)
An oroshidon-ya (卸問屋) is basically the equivalent of a wholesaler found in Western countries. However, this term covers a wide variety of consumer and non-consumer goods. What most of these stores have in common is that they all require an annual paid membership.


Costco has taken advantage of Japan's retail enterprise deregulation and has been busy setting up US-style bulk goods stores across Japan. Most are concentrated in and around big cities, and like the US version require an annual paid membership card. However, your Costco membership is applicable to all outlets world-wide. The Japanese outlets stock many of the same brands found in the US and just about everything is sold in bulk.


Other big Japanese outlets include SSOK and Marudai (both located in Kansai). These wholesalers are more akin to a "consumer club" wherein your buy a membership for access to cheap, direct-from-the-manufacturer brand goods. They mainly sell clothing although they do have a smaller selection of bulk and imported goods as well.


Other Options
So you are stuck on top of a mountain hours away from the biggest city. What is a poor foreigner to do to get his bulk frozen olive fix? Luckily some entrepreneurs have been hard at work solving this problem and have come up with The Flying Pig. Long story short, you can place an order online and the gentlemen at The Flying Pig will go and buy your stuff at Costco and ship it to you thereby saving you a long trek and a membership fee. Of course, you have to pay shipping and a bit of a mark up but its worth it if there are some bulk goods you are craving.

There are online wholesalers as well and internet shopping portals such as Yahoo Japan Shopping and Rakuten all have gyomuyo goods for sale if you don't mind paying for shipping. Just type in 業務用 after your product of choice and you might find that it is also available in bulk.

Email ThisBlogThis!Share to TwitterShare to FacebookShare to Pinterest
Labels: Shopping