Getting Around Internet TV Region Restrictions in Japan 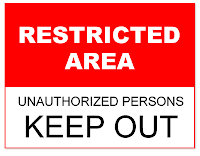 By now you have probably encountered the dreaded "this content is not available in your region" message when trying to watch your favorite free online TV website. Allegedly, content providers say this is due to discrepancies in cross-border copyright laws, although I personally suspect they are just trying to find ways to squeeze extra yen out of some poor ex-pats. Look no further than Hulu's recent entrance into the Japanese market, where they have the gall to charge you 980 yen a month for content that your American and Canadian peers can enjoy for the price of a few commercials.

But don't worry, where there is a will there is a way around content protection. In today's feature we will show you how to get that latest Simpson episode with putting yourself on the line for jail time by resorting to the dastardly art of internet piracy.

Virtual Private Network
In layman terms, a Virtual Private Network (VPN) is basically a point-to-point connection wherein your traffic is tunneled through a selected server. VPNs come in many forms and have a variety of uses, but they are often used to keep internet transmissions secure and avoid potential filtering.

Since VPN is a private connection, you can use it to mask your true location from websites that restrict access to various regions. Unfortunately, true VPNs are not usually free since you are essentially renting bandwidth from another company.

Some big VPN providers include My Private Network, Open VPN, and Strong VPN. All of the aforementioned services require a paid subscription and the amount of bandwidth avaliable to you is generally limited by the price you pay. Some may also restrict torrents or other forms data transfer depending on the terms of service. Also, most require a small amount of networking knowledge but setting up a basic VPN connection is fairly painless and there are plenty of guides available depending on your operating system of choice.

Free VPNs
For all you tight fisted television aficionados, fear not, there are other options available to satisfy your digital media craving.

One of the most popular free VPNs is Hotspot Shield. It is not a true VPN service, per say. It is basically and ad-supported service that requires you to download some relatively non-invasive software that acts as VPN gateway. You cannot connect directly through your modem of router. However, the top of your web browser will be filled with advertisements and expect a lot of pop ups complete with sound. There is also a restriction on bandwidth but more than enough to watch internet TV. With a yearly subscription, you can free yourself of most adds and up the available bandwidth.

Another competing service is Cyber Ghost which come in a limited free edition as well as several paid varieties which allow for more bandwidth.

In my own experiences, free VPNs tend to be relatively reliable for watching TV, although I have been blocked by hulu once or twice. Most of the time, this can be solved by simply restarting your VPN. I have also found VPNs useful for digital downloads of games, especially ones where the publish restricts access to the Asia Pacific region despite having launched just about everywhere else.


If you have any other suggestions about VPNs or similar services, make sure to let us know here or on facebook or twitter!