Jinji Ido: Why Japanese teachers change schools all the time 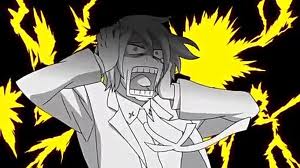 If you work in a public school, then you may have noticed that, come the end of the year, many teachers are transferred to other locations. In big schools, it is not uncommon for a good portion of the staff to pack up at the end of the school year and, if you are lucky, you might just be able to get rid of that one teacher you just can't stand.

Origins
Historically speaking, jinji ido evolved from post-war Japanese corporate practices. In many respects, this is related to the "lifetime employment system" wherein a worker toils at a single company for his whole career with the implicit promise he/she will not be fired in exchange for unflinching loyalty.

Since employment is expected to last from graduation to retirement, employees are expected to learn every aspect of their company's operations; all the way from assembly plant processes to accounting. Therefore, this necessitated a system where employees were transferred to operations all over Japan, theoretically gaining a new set of skills whenever they transferred departments.

This personnel system was also adopted by the civil service and education establishments and is still in use to this day.

Jinji Ido in Schools
In terms of elementary, middle, and high schools, jinji ido is almost always practiced within a given prefecture. The school principle, local board of education, and prefecture board of education generally have the final say about where teachers move to and how many move. Private schools typically don't practice jinji ido unless they are part of a gakuen (学園 or big group of academies).

There are many issues that factor into personal changes, including seniority, performance, teacher union-board of education (BOE) relations, and the subjects in which the teacher is licensed to teach. Home room teachers are frequently moved, but part time teachers aren't always subject to the same jinji ido rules.

The process by which jinji ido is decided upon is extremely opaque and it is largely decided by the whims of the local and prefectural BOEs. Generally speaking, the prefecture will ask local BOEs about what teacher wants to be moved, what slots need to be filled next school year, and what teachers aren't getting along well at a given school (we will get into that more in a bit).

School principals will typically interview full time teachers at least once or twice a year. The word of the administrative staff plays a big roll in jinji ido and a good word from the principal can go a long way. Also, Most elementary and junior high schools endevor to not change their homeroom teachers, but some teachers either request to be moved or are deemed a bad fit for the class.

Merits and Demerits
﻿
﻿The obvious merit to changing up schools is that one teacher can experience a variety of different environments, class sizes, and teaching styles. It also, in theory, keeps teachers from becoming complacent. All in all, it fits well with the Japanese philosophy of building a well rounded, versatile employee.

While this works in theory, jinji ido also has a long tradition of being used as an offensive weapon by administration officials--and this isn't just limited to educational institutions. Keep in mind that firing employees in Japan is difficult, expensive, and socially unacceptable. This is even more so the case with public employees whom are only let go in the event of significant malfesiance on their part.

Because of this legal and social stucture, teachers who are deemed unfit, lazy, or not pulling their weight are often sent to "problem schools" that have a reputation for less-than-stellar student bodies. Even worse, teachers can be "punished" by being sent off to a school that is very, very far away. While no respectable BOE will ever admit to this, jinji ido has become a good way of sweeping problem teacher under the rug as well as keeping employees in line. This system has been used to similar effect in private industry and national civil service, along with the infamous practice of madogiwa (窓際), or being placed in a desolate corner of the office and forced to do menial tasks until you quit or reach retirement.

Also, teachers are usually given new assignments on very short notice. To top it all off, many schools don't allow teachers to announce their transfers to students until right before the rinin-shiki (also known as a tentaishoku sobetsu-kai 転退職送別会) at graduation.

Finally, since the BOE and school higher-ups have an outsized say in the jinji ido process, the dreaded "monster parents" and their "monster kids" can have a very powerful influence in the decision process. Parents who unflinchingly believe that their little one can do no wrong (usually despite mountains of evidence to the contrary) often have the ability to lean on local officials and school administrators, especially if they are part of the shockingly powerful school Parent-Teacher Association. Teachers who get on the wrong side of an influential monster parent may be in for a particularly unpleasant transfer.


Do you have any experiences with jinji ido in your work or school? Any opinions? If so, make sure to let us know the in comment section!