Don't Change to the Zairyu Card Yet?

Back in May, we covered the new Zairyu Card (在留カード) being issued to foreigners in Japan. This card replaces the old Alien Registration Card (外国人登録証明書).

The change is optional for the validity of your card, your period of stay (在留期間), or until July 8, 2015, whichever comes first. Up until that time limit, you can continue using your old Alien Registration Card as an equivalent to the Zairyu Card.

But, there are a few complications that might incline you to hang on to the old ARC as long as possible:

The new Zairyu Card contains less information than the old ARC--everything deemed extraneous by the Ministry of Justice has been removed. But one piece of extraneous information removed is the 通称名 (tsuushoumei), or registered alias, which depending on your situation might not be extraneous to your daily affairs.

If you use or have used a registered alias to conduct business in Japan, such as on an inkan to use in purchasing property or a vehicle, you'll probably on occasion need to be able to provide proof of your identity under that name. Unfortunately, however, as the Zairyu Card will no longer display that name, you can no longer use the Zairyu Card to identify yourself in any transactions involving the alias.

(Or, for Korean and Chinese residents, a bummer of the Zairyu Card is that it will, by default, only include the individual's name written in the Roman alphabet. On request, these individuals can have their name written in kanji on the card, but characters not orthographically recognized in Japan will be replaced with their similar-looking Japanese counterparts. But, uh... "similar character" doesn't usually pass for "the same character" when you're talking to a teller at the bank.)

So, no alias on the Zairyu Card. What do you do?

The one thing you can do now is:
Go to your local city office and ask them to make a copy of your Juminhyo Register (住民票の写し), which will have a date of issue written on it. Often this will only be accepted as valid proof of your identity for a month (sometimes up to three) after the date of issue. Which means if you need to verify your identity again a month later, you'll have to go get a new copy of the Juminhyo. (Your Proof of Inkan Registration (印鑑登録証明書) will also include your alias, but it is issued at the same place as the Juminhyo and has the same limited duration of validity.)

Beginning July 9, 2013, things will get a little bit easier: From that date, foreign residents of Japan will be eligible to apply for and receive a Juki Card (住民基本台帳カード), which is a form of identification currently available only to Japanese nationals. The Juki Card will include your alias as well as your real name, and it can be used for identification purposes at places like banks and post offices, or in those big property transactions, too.

That's all well. But considering the 200,000 yen fee for being caught without a Zairyu Card on your person, you're probably not going to leave that one at home. But it doesn't necessarily display all the information you need on your ID. If you need that Juki Card's extra info often, sounds like you'll have another piece of plastic to carry around from July next year. 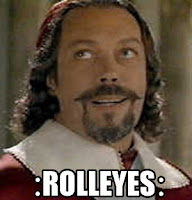