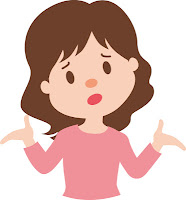 This post continues my chronicle of moving to a new apartment in Japan. Last post I signed a formal application, made the down payment, and now I'm waiting for the application to be reviewed by the property owner.

Week 3, Sunday:
I hit my first road bump. The building owner calls me directly. My application has been flagged because I am not Japanese, and they want some extra assurances. Specifically he asks about my guarantor, who lives in another prefecture. I'm told that he lives too far away. Considering my circumstances, a guarantor living in the same prefecture as me would be preferable. Isn't there someone nearby whom I can ask?

I explain that I have provided the only contact whom I feel comfortable asking to be financially responsible for me. I don't know anyone else well enough to ask such a favor of them, and particularly not within my current prefecture. From the owner's uncomfortable silence, it is clear that this answer is unsatisfactory.

Regardless, there is some additional documentation required for my application. I haven't provided copies of my 保険証, hokenshou, or health insurance card. I agree to fax a copy of that right away and think about the other matter in the meantime.

My guarantor calls me later the same day. He received the same explanation from the owner--you live uncomfortably far away. My guarantor, being a stalwart guy, proposed another option and wants to talk with me about it. How about a two-guarantor setup? Only one (my preferred guarantor) is signing on the contract to be financially responsible; the other is a 身元保証人, mimoto hoshounin, who would be asked to carry out any procedures in regards to the apartment should I be unable to do them myself due to illness or other incapacitation. The main and unspoken reason for this requirement, I suspect, is that the owner wants a failsafe in place should I commit a runner and suddenly disappear from the country.

I agree to the 身元保証人 requirement, so long as that person is not financially bound to the contract, and phone a colleague who I think would be willing to take that responsibility. My colleague agrees.

I feel like I'm surrounded by incredibly kind people.