Banking in Japan #1: The Basics 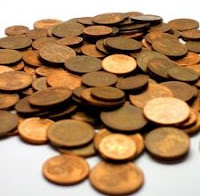 For the next super-feature, AccessJ will be covering the details of banking in Japan: everything from opening an account to sending money overseas.


The Basics
The first thing you might notice is how most bank branches seemingly close at 3:00 PM (though the Post Office is usually open until 7pm). The second and perhaps most annoying thing you may notice next is that ATMs also close down, usually between 5:00-10:00 PM (we will cover ATMs in a later section). While there are some exceptions to the rule, you should be aware that 24-hour banking is generally not a Japan thing. Even internet banking and debit services turn off after a certain hour.

Luckily, being one of the world's largest economies, Japan does have a very large banking sector with a plethora of investment, retail, and local banks at your disposal. Opening an account (which we will cover next week) is generally pretty simple once you have established your residence in Japan, and Japanese banks are generally considered safe and fiscally sound.

Types of Banks
There are a variety of banking institutions in Japan ranging from agriculture cooperative banks to giant financial institutions. The official bank classifications are as follows:
JP Bank is special because it uses its own propriety banking network and account designations. Just about every Japanese person has a JP Bank account for saving and easy money transfers. However, the bank recently joined the 'national banking network' allowing for flexible inter-bank transfers. Despite offering more services after privatization, the bank is still primarily savings institution that eschews riskier financial products. There is also a maximum savings cap set down by law.

Banks are further broken down by branches which can be identified as follows
Make sure you know what type of bank you have and what branch, since when you sign up for automated money transfers or wire money (which we will cover later), you are always asked. You can find this info in your bankbook.