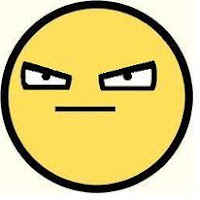 Well, still don't know how to refer to this class. In any case, here are some more games you can play with yours.


1. Go Fish
Everyone knows this game, right? Deal a pack of cards to groups of 3-6 students. They take turns asking the next person in the circle "Do you have a (6)?" and replying with "Yes, I do. Here you are" or "No, I don't". If a student has a pair, they put it on the table in front of them and say "I have two/a pair of (6s)". Winner has the most pairs at the end.

2. Liar! (usotsuki)
Usually called "Bullshit" by teenagers, this game also uses a deck of cards and groups of 3-6 students. Deal evenly. Students put down X number of cards on the table and say, for example "2 Aces". However, students can lie about what cards they put down. The aim is to get rid of all your cards, and you cannot put down less than two at a time. If another player thinks you are lying, they call out "Liar!", at which point you must turn your cards over to prove or admit the truth. The winner gets rid of all cards first.

3. Snakes and ladders
You all know this. Find a board print it out and play. Depending on how special your class is, you may want to make it harder by making students say something other than the numbers on the dice in English. For example, if they land on a snake, they say a "can" or "like" sentence. If they get it right they don't need to go down. Same on a ladder. Good sentence = go up.

4. Gesture Race
Lots of fun. Students move their decks out of the way and all gather at one end of the room. You shout a gesture (Hungry, Sleepy etc) or action (jump, swim etc) and students must go from one side of the room to the other by doing that gesture/action. Can also be used with other targets, like colours - students must locate a colour in the room and gesture their way over to it. Use it to spice up other games and you'll look like a pro.

5. Clapping vocab
Works best with body parts, but you can make it work with anything. One student is the leader (or you are). Stand up. Make a clapping rhythm and then slip in some vocab. e.g. *Clap*knee *Clap*head* Clap*shoulder* Clap*foot . Students must clap and then touch the body part in time with you (show them a few times first). Make it longer/faster for fun and laughs. If you use other vocab, just have them remember and say the words at the right time.