Why Are the Japanese Such Alcoholic Lightweights? 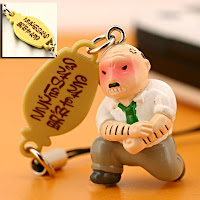 First they go bright pink, then they fall asleep (with a neck-tie around their heads) in the street (or subway) using their wallet as a pillow, with a comedy snot bubble rising and falling from their nostril.

Okay, so perhaps there may be a hint of generalisation there...

...but there is also a genuine issue. Why do Japanese people find it hard to drink as much as many other nationalities? It can't be lack of exposure, because I know many Japanese people who drink every night (and don't seem to be in the least bit stigmatised because of it). So, why is it?

I decided to find out.

It seems that the so-called "low tolerance" and going red in the face, as many Japanese do during drinking, are linked. This is a response to a mutation in the enzyme responsible for metabolising alcohol. The complex procedure by which the liver breaks down alcohol is problematic in around 50% of the Japanese population (and many Chinese).

"Normal" people process alcohol like this:
It's this third step where many Japanese have a problem: the aldehyde dehydrogenase enzyme has mutated. The lack of effective metabolism to acetate causes acetaldehyde to stay in the system much longer than is comfortable for the human body.

And you have to feel bad for them. This causes "a rapid increase in blood flow to the skin of the face, neck, and chest, rapid heartbeat, headache, nausea, and extreme drowsiness" (source). So not only do they go pink and fall asleep, but they suffer, too. I was always kind of jealous that they could be satisfied with so little alcohol - it saves money (presumably why beer is so expensive here), reduces ridiculous antics and limits hangovers. But how wrong I was. Apparently their hangover is worse (although I presume this is calculated by volume and I still "win").

This is actually the same process by which alcohol-deterrent drugs are effective. So, on the plus-side, it limits alcoholism. Except it doesn't really. Maybe it's the high frequency of work drinking parties (see Enkais), or the almost 24-hour nature of many bars, but Japan ranks 6th in the world for beer consumption (and growing, in contrast to many other industrialised countries). Apparently 2.4 million Japanese have alcohol-abuse problems (even the Emperor's cousin admits to being alcohol-dependent) and there is little in the way of help, or even acknowledgement, for those individuals.

Even so, that's still a "good result" when compared to the home countries of most of this sites visitors: Japan and the US have approximately the same alcohol consumption rates, but death by booze is more than 2.5 times more likely for American men than Japanese, and more than fifteen times more likely for US women. The UK has a similar figure for females and an even higher death rate for males (almost 3x Japan)... though we do drink 50% more.
WHO data

If anything, I think we've learned an important lesson: that despite all the silly little differences we are ultimately more similar than we thought. How charming.