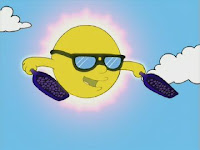 Summer has come to Japan, along with its terrible, evil compatriot: the humidity of coastal East Asia. Summer also happens to be the season in which I bought my first car in Japan, and with my shaken almost due, I'll be referencing our own AccessJ User Shaken Guide to help me get the job done.

AccessJ, for those counting, is rounding the corner towards its second "official" birthday. There are still a number of other posts and guides we'd like to add to our database, and several of them regard vehicle ownership in Japan. We have hesitated to invest our already strained writing time to flesh out big standbys like car buying, largely because they are already eminently well-covered elsewhere: Take, for example, Tran Senz Japan's great guide to buying a used car in Japan.

Someday, yes, we'll be adding our own words on the matter, but the basic facts and figures will not change, and we applaud what other writers and translators have already accomplished. Thanks to their contributions on the Internet, Japan in 2012 is a much easier place to navigate as an English-speaker than it was in 1992, or even 2002.

Yet, there remain millions of smaller facets to life here that are confusing and daunting to all of us. The difficulties of navigating a bureaucratic procedure extend far beyond mere language barriers, and as we've all surely experienced, "taking a Japanese friend along" to help sort out a complicated matter can feel just as frustrating as trying to work it out alone.

With those thoughts in mind, we continue to build AccessJ in our spare time (ahem, out of the goodness of our hearts) focusing as best we can on the many details, procedures, and surprises of living here that remain largely hidden from an English-speaking audience. Sometimes the article topics seem inane or to address only a very limited audience, but ultimately, each is a small shuffling of feet toward a comprehensive guide (the Internet, that is) to a culture and place that is, but is not, our own.

Anyway, that's enough sappy blog-like stuff from us for one season.

Look forward to the next couple weeks; we'll be finding out what happens when you forget to renew the shaken on your car, how many points can be deducted from your driver's license before you lose it, and a whole host of other summery fun.

Email ThisBlogThis!Share to TwitterShare to FacebookShare to Pinterest
Labels: Gaijin