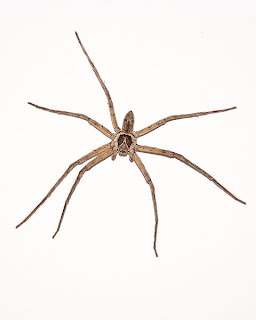 Here's a nasty collection of scary 8-legged insects for you to think about tonight. You're welcome.

Specifically the heteropoda venatoria. Pictured above.

A pretty large and scary look variety often found in Japanese houses. They're tolerated by many because they eat cockroaches (seems like a good deal to me). They can grow to about the size of your extended hand (5 inches or so). Seems large? Well they get significantly bigger in other countries (about 12 inches types can be found in the rain-forest of Laos). They aren't harmful, and don't like to be in the same room as humans.

Interestingly, they don't make webs. Instead, they dash around jumping on things like rabid vampires or werewolves or something. Yikes. 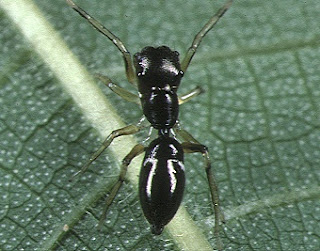 Now this is pretty cool. This type of spider looks just like an ant (except for the hairy fangs and extra legs). They also jump. I had one of these climb up the back of a chair I was on, stare me in the face and then pounce on me. Why? Who knows. Not dangerous. 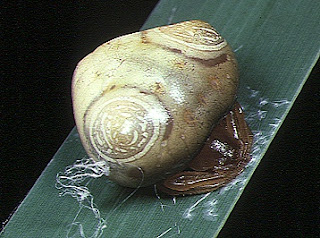 One of many varieties. Looks like a hermit crab, baby snail or beetle when resting. Cute, no? Harmless.

The Japanese name means "bird poo", so named because it looks like a little splashback dollop. I guess. 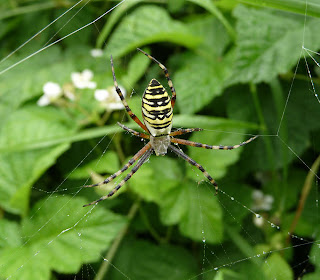 Funnily enough, this is another example of the orb-weaver family. Quite different from the bird poo spider, don't you think? Named because of it's obvious patterns.

Pretty common and can get big, too. Eats large stuff, like dragonflies. Strange zigzag patterns can help identify their webs. 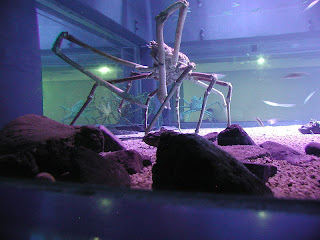 Okay, it's not a spider, but god damn, man. That is one massive crab. They get up to 12 feet across.

It can live for 100 years and lurks in the ocean. Luckily, ordinarily not closer than 30 metres from the surface, and usually a lot deeper. Although it looks terrifying, it won't eat you. It can, however, pierce your lungs with its hypodermic legs. It's best to stay away, but that doesn't stop some Japanese people from eating them. Delicious? Probably not, really. Dunno.


Sleep well. Another "5 types..." post for you from me next Wednesday. I'll pick something nicer this time.