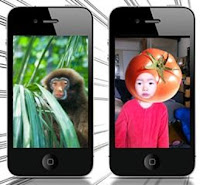 In addition allowing you to instantly Facebook your friends about that great sandwich you just ate and launching angry birds at green pigs, smart phones are also wonderful study tools. If you happen to have a long commute or are just too lazy to get out of the futon, you can learn a fair amount of Japanese vocab in your spare time.

Note: This is still a list in progress. If you have any recommendations or reviews, make sure to let us know in the comment section.

Know any great learning tools or have any favorite apps? Well then drop a line here or let us know through the links below.