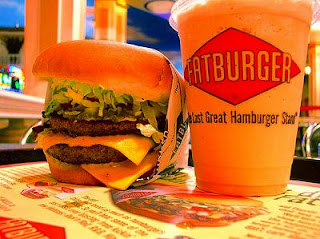 Despite their reputation for being healthy and lean, the Japanese do still enjoy low quality, fast-served food fairly regularly. Here are five examples of popular varieties. 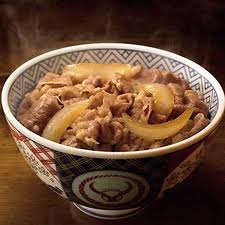 Many of these restaurants are what people are referring to when they say both "The Japanese eat out a lot" and "eating out is very cheap in Japan". You can get a decent sized and delicious portion in most of these joints for about 400-600 yen. Let's be clear, though, that the quality isn't what you'd expect in anything resembling a "proper" restaurant. Tables, when there are any (usually you'll just find a counter), are McDonald's style plastic, and many stores will be full of cigarette smoke and drunk people after about 8pm.

Big names are Yoshinoya, Sukiya and Matsuya. Almost indistinguishable from one another, this type of shop sells various curry types, often specialising in 牛丼 (gyuudon, or beef on rice). Very cheap (typically 400-700yen), and offers portions which would make even hardened Americans falter.


Recommendation: Cocoichiban. Extremely spicy curry options available. Also often local specialities. In Nagano, for example, venison curry was introduced to help reduce the number of deer in the area (finally, am I right fellas? I was tripping over the things). 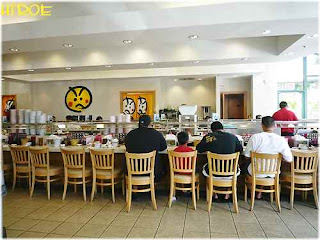 Of course. Not as popular as the above, but still very readily available. Prices vary, especially in the private stores, but run-of-the-mill 回転寿司 (kaiten zushi - sushi train) chains like Sushi Ro, Kappa Sushi or Genki Sushi almost always cost 105 yen per plate. The quality is decent enough, and being able to eat 17 plates without breaking the bank completely makes 回転寿司 my favourite.

Recommendation: Genki Sushi. Great sushi, easy on the mayo, and features a little slot-machine game on the touchscreen menu to win extras.

Take-away pizza is pretty common in Japan. Pizza Hut and Domino's Pizza have a presence in Japan (although Domino's is not the same as elsewhere - a Japanese company merely rents the name for their own brand of pizza), and Japanese companies such as Pizza-La will also sell you something resembling an Italian special. And, you can order online! In English!

Beware, however, that Japanese people have different tastes pizza-wise. Don't be surprised to find potato on your pizza, as well as mayonnaise, wieners and seaweed. The bread is often sweetened, and sometimes (apparently at random) the pizzas are very, very, very oily. 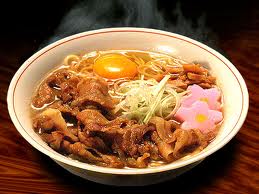 There are numerous chains, and mom-and-pop stores are literally everywhere. It's noodles in a massive bowl, what more is there to say? It's not special, by anyone's estimation, but it gets the job done. Especially after some beers. Some stores pride themselves on the age of their stock, which has been boiling away for generations out the back. But to be honest with you, ramen is ramen. If you're the kind of person who hears "famous for soba" and thinks you had better go and get some, maybe you can appreciate the subtle differences. Everyone else... noodles, innit.

Recommendation: Whatevs, man. All the same.

Maybe more of a snack than a meal, but vans selling these two things seem to be ubiquitous. Often found outside home centres like D2 or Watahan.

Takoyaki is a doughy ball containing squid pieces, ginger and other spices, often with mayonnaise, onions or dashi (fish flakes) on top. 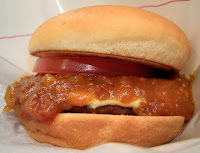 McDonalds exists here, as does Burger King. There are Japanese options, too. Try Mosburger for an interesting variety of the tried and tested burger. Mushroom burger, anyone?