Getting Gas/Petrol in Japan 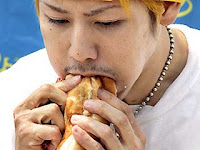 I live in a small city in the mountains, and it's much more expensive to fill your tank here than in other places. The rationale for that is the holes in the mountains. Gas tankers aren't allowed to drive through tunnels because of the potentially devastating results of an accident, so to get to cities like mine they need to do some massive detours. This results in an almost 10% markup.
In Tokyo expect to pay around 135-140yen per regular litre right now. Here in Nagano-ken you'll pay something like 142-147. High octane is about 10 yen more expensive, and diesel is around 20 yen cheaper. These figures are liable to change with the economy, but you get the idea.

Still, it pays to shop around. If you look hard you can find petrol for 140ish near here. This is arguably due to the quality, however, so consider that before going for the cheapest gas you've ever seen. If possible, get a resident to give you the low-down on local gas stations.

You can also save a few yen with store discount cards, so snap one up if you see them at your local Eneos or Cosmo etc.

However, similarly in the US and UK, whether or not there is a difference at all is up for debate. The general idea with cheap petrol in England, at least, is that it's used to attract customers to what is usually a supermarket. Here, the cheap petrol is from "unnamed" standalone stations (i.e. not the big players like Shell, Eneos etc). There doesn't seem to be any solid proof that anyone's gas is better or worse than anyone elses...

You've probably heard of the Japanese gas station attendants and their ridiculous over-courtesy. It's true, but there are also self-service stands which will save you a couple of yen per litre. Look for the セルフ (serufu) sign.

So, for the cheapest fuel find a city relatively close to a port (at least without mountains in the way) and go self-service.