Greeting Hello, how are you etc.

New words I skipped the warm up this week and concentrated on drilling the new words. First I held up the flashcards and had the students repeat the words after me, then I held up a card and they said the word in English. Boring, but effective. (my flashcards were pictures, but words can also be used). We looked at 14 new words this week, a bit many but that's what the school wanted.

Mystery card I was skeptical about this game at first, but the students actually really liked it. I had a sheet of card bigger than the flashcard. I hid one card behind it and revealed it millimetre by millimetre (the less you show the more fun!). The students raised their hand and guess (in English) which card it was. Simple, and surprisingly fun!


Ohajiki game 1 おはじき (ohajiki) means counter, like those used in board games, but you can use anything. Ask your school as they may already have some, I asked and was given about 2000 plastic flowers to use!
For the game students should have 5 Ohajiki each.
In the students textbook there is a page with pictures corresponding to the flashcards.
The students should place choose 5 pictures and put their ohajiki on them (one ohajiki per picture).
I then called out one of the shops names. If the student has an ohajiki on that picture they remove it.
The first student with no ohajiki on their page is the winner.
It`s kind of like reverse bingo! 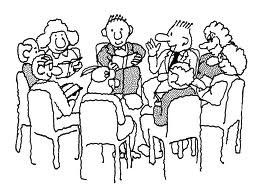 Finger twister For the final game, students stay in their pairs, but discard their ohajiki. It is basically the same as game 2 above except they use their fingers to point, not their ohajiki. However, the fastest student leaves their finger on the page. So the next word they have to reach with their remaining fingers. Leaving them in a finger twister type situation!