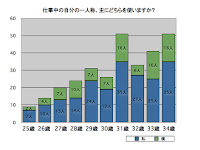 自分 (jibun) -
My really good friend uses this. He used it when we were together in college. He still uses it as a grad student. Jibun is gaining popularity for boys and young men who (surprise!) don't feel like they fit the connotations of any of the other three male pronouns. Watashi is too stiff, too professional when you're hanging out with your friends. Boku is too "キモい" if you're anywhere in life between middle school and married with kids old enough to be saying boku themselves. Ore is too wannabe tough-guy. So jibun has emerged as a "safe" alternative.

In one sense, it leaves an even weaker impression than boku, as the speaker isn't willing to take a chance using that. And I clearly remember one girl's description of my friend, "Oh, you mean that guy that calls himself jibun? Isn't that kind of weird?" But recently, like uchi for girls below, jibun is very widely used among middle and high school boys.


Jibun also gets some use as a second-person pronoun, kind of like how a parent or a patronizing adult can refer to a little boy as boku in a sentence something like, "Oh, is boku lost? Does boku need help?"

僕 (boku) -
Oh, and speaking of which, it's boku again. A recent comment in the previous pronoun article touched on this, but boku still gets play from an older generation. Especially teachers at schools and universities seem to refer to themselves as boku, and I heard it once justified with a claim that, "Using boku implies that you're always open-minded and willing to continue learning." But I suspect that the reason the younger generation doesn't use boku is just a generational difference. Boku isn't considered cool anymore.

Starting a few years ago, there was a ruckus about girls with outward personalities in anime (or games) calling themselves boku. People who love anime thought this was adorable. This led to the idea that real girls might call themselves boku someday, too. Then some girls started calling themselves boku in real life, and all the people who love anime retracted their fantasy, deciding that using boku is only cute for cartoon girls. The linked article there conveys the actual state of this: In a 2009-2010 survey of Kanagawa middle school students, only 5% of girls reported using a masculine pronoun to refer to themselves.

ウチ (uchi) -
So what do girls use? Atashi has long been popular, as is using one's own first name as a pronoun: e.g. Mayu saying, "Mayu wants ice cream!" Atashi is pretty widespread in speech, even in young adults now, but insisting on typing atashi out in e-mails or using the first name in speech or writing at an age past compulsory education feels a little needy to me.

Uchi started out sometime in the early 2000's as a delinquent alternative for girls. One theory is that it was adopted as a female equivalent for ore. It's spread to a much wider audience now, though, and its tone has softened. A lot of school-aged girls use this. Of course there's a million opinions as to at what age uchi or the cutesier atachi stops being acceptable. Here's one: Grow up. Adult women (and men) use watashi.

Finally, different in origin and intent from the uchi described above, the same word uchi has been used as a possessive pronoun in standard Japanese for much longer. For married couples and parents, uchi no is used to refer to spouses and kids: "uchi no ko" or "uchi no tsuma."

I find this stuff fascinating. You can learn so much about your coworkers, friends, and that person you're thinking about dating just by listening to what pronoun they choose. Please share your own pronoun stories below, and if you liked our article, follow us on Twitter and Facebook to read more. We post articles three times a week (and ESL stuff once a week), and our feeds are concise blurbs about and links to the articles. = We won't muck up your account notifications with a bunch of irrelevant comments every ten minutes.