Why Are The Japanese So Lean? 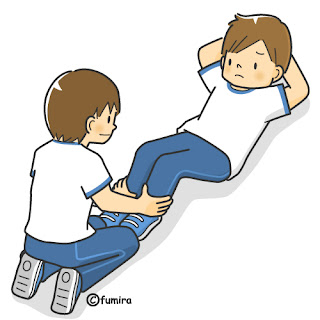 Okay, so not all of them are. But the Japanese have and somewhat deserve the reputation of being skinny, despite eating huge amounts of white rice. Japan has just over 10% of the obesity rate of the USA, and sits at the bottom of this table of rankings.

I took my nutritional knowledge on a short path to the bottom of this for your reading pleasure.

First, breaking news: White carbohydrates make you put on weight far more that any other kind.

The reason for this is the lack of fibre. Fibre slows the digestion of carbs, and therefore spreads out the carb-associated insulin spike (a good thing). High insulin levels are associated with fat-gain.

So why aren't all Japanese people fat when they often eat large portions of white rice three times a day?

With my limited nutritional knowledge, there are 3 main reasons I can see, and a few things which may or may not be contributing factors.

1. Fish
Okay, so this is the first thing you think of. Fish is healthy. But why does it help control your weight? The reason is that fish is, simply enough, virtually fat-free. A portion of fish protein has significantly less fatty-acid than other meats, which encourages your body to break down bodyfat to make up for that shortfall.

2. Oily fish
Salmon, mackerel, tuna etc have higher levels of fat, but are still leaner than most protein sources. Not only that, but the omega-3 levels encourage the body to use the glucose from carbohydrates for glycogen replenishment (your reserves of quick-access energy for exercise) rather than fat storage. For this reason, eating fish and white carbs together (a la sushi) limits the damage of such a low-quality carb source.

3. Green Tea
All tea varieties, especially green tea (and even more so macha) contain high levels of epigallocatechin (EGCG). EGCG is pretty well known in body-building and weight-loss circles for not only helping clear your body of free-radicals, but also as a key element in fat burning. There's conclusive scientific evidence to show that EGCG increases calorie expenditure, fat oxidation and therefore fat loss.
However, whether or not the Japanese consume enough of it per day is a bit beyond me. Experts recommend 350-500mg of EGCG twice a day in the form of green tea extract capsules (can be found cheaply online - try eBay, but double-check the % of EGCG in the capsules).

The cold plunge pool at the onsen could account for some further fat burning. Recent research showed how brown adipose fat tissue can very efficiently burn calories to generate heat when exposed to cold.

Other possible reasons may stem from childhood:

5. Exercise
A large percentage of kids seem to be involved in sports clubs here. And by that I don't mean once or twice a week. Training is intense. Before school, after school, weekends. Anyone who lives near a school will see students running around the outside of the grounds (in their in-school uniforms, no less) before and after the school day.
I'm speculating, but this kind of early-life conditioning may pay off in later years with a healthy metabolism, not to mention a respect for and interest in exercise in general.

It's also apparently true that a high percentage of Japanese people engage in some kind of exercise on a regular basis. If you've been or live here, you've probably seen the ancient hags power-walking all day. I can't find any stats to compare here, so you'll just have to trust me.

6. School lunch is very tightly controlled nutritionally.
This may also have some payoff in later life in terms of metabolism and, especially, nutritional know-how. Schools nearly always read out the nutritional information of meals during lunchtime, paying special attention to the vitamins and minerals and why we should eat them. Nutritional balance is a big theme in Japanese schools, and lunch is designed to be "perfectly balanced". We wrote about this once.