Tips when Buying a Car in Japan

I'm in the market for a new set of wheels, and have been to visit just about every new and used dealer in my immediate area, plus a few more across town (and out of town). A lot of the people I've met have been very cool and have shared their tips with me about buying and selling cars in Japan. Much of the information differs from what (admittedly little) I knew about the process in the US. In today's post, I'll share some of my findings:


Car Color
For 20+ years in Japan, the number one color for cars has been black. Trailing slightly behind it in popularity is white. Cars in black and white may not be your thing personally, but these colors significantly affect the resale value of a used car, which means that in the future, as a seller, you can get a bit more for a black or white car than an identical model in another color. And as a buyer, you can pick up a car in other colors a bit cheaper than its panda-friendly equivalents.

Time to Buy
For new cars, buying earlier in the year is better. When a new car is first registered, a date is attached to the shakensho indicating that registration. That date will forevermore be associated with that vehicle. When you sell it, that date will determine the car's 年式 (nenshiki, roughly "model year"), and therefore its residual value. In the used car market, a car registered in December, 2012 carries the same nenshiki as a car registered in January, 2012. Even though the latter car is nearly a year older, at a glance of used cars in a catalog, they appear to be the same age. In contrast, a car registered in January, 2013 is that much easier for a used dealer to tout, and the number on the car feels that much newer to prospective buyers, driving up the car's value.

In regards to tax, whenever a car is purchased outside of April, taxes are assessed based on a formula that counts the number of remaining months in the fiscal year. So, in theory you're being taxed evenly no matter when you buy a car. However, in practice, it seems that you pay slightly less tax over time when you buy in April or soon after. Much more importantly is tax owed on an old car, if you're upgrading. If you don't get the old car signed over to a dealer or someone else by April 1, you'll be taxed on that vehicle for the year. (Though I hear there is a process to request a refund for a car sold during the financial year, I don't know how complicated it is.)

Trade-Ins
It's of course common practice to trade-in old cars (called 下取り, shitadori, in Japan) when buying new ones (called 乗り換え, norikae), but if the dealer doesn't find an old car attractive, he may simply offer to take the old car off the customer's hands "for free". This especially applies to older cars (13+ years) and high mileage cars (100,000+ kms).

On the other side of this coin, the 下取り value of a car is one place where a dealer can fudge numbers to give buyers a better deal. Especially on new models, dealerships may not offer any kind of discount (値引き, nebiki) for six or more months into the car's cycle. But they may be willing to buy your old car for more than the original estimate as a way to sneakily mark down the price of the new car, which brings us to haggling.

Haggling
One of the best resources I found for haggling was price comparison site Kakaku. Often included with comments and ratings of different car models are user buying experiences, where users share what the final cost of their car was and how much of a discount the dealership offered them. Similar information is also bandied about inside message board threads on the same site. As expected, cars which have just been released will usually have discounts of, at best, $500 or so. But six months or a year after release, the discounts will ramp up, and Kakaku users are happy to share their opinions about the best time to buy. Printing out and having these figures handy will go a long way in haggling for a better price.

When a dealer refuses to budge on price, consider other options; ask if they can't buy back your old vehicle for a little more; ask if they can throw in snow tires or floor mats or other dealer options; ask if they'll fill the tank with gas on delivery (cars in Japan, even brand new ones, are often sold with almost empty gas tanks; it's considered a responsibility of the owner to pay for even the first tank of gas; depending on your car, this may mean another $100 out of pocket as soon as you get the vehicle). 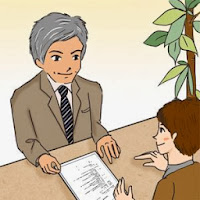 Dealerships make somewhere on the order of $4000 for the sale of a new car; they have room in which to make some concessions, so push hard for them. If you're looking at a particular model, consider visiting other franchises to ask about the same model of car: For example, Toyota cars are sold in Japan at Toyota Carolla, Netz Toyota, and Toyopet stores. These are all different chains of stores, and they will compete against each other in price to secure a sale. I went to a Toyota Carolla shop, didn't like the figure I was quoted, and drove just five minutes down the street to a Netz Toyota shop. I told them where I'd just been and asked if they could offer me a better deal on the same car. Their quote was $2000 lower. Off the bat.

In regards to used cars, the margins are a bit smaller, from what I've been told. Some used car dealers I visited insisted that discounts were impossible for anything in their used lot, and that they weren't making much money on the cars to begin with. At a used dealer, when I felt like a price was fishy, I just got up and left. If the dealer really wanted to sell the car, they telephoned me afterward to offer a lower price.

Finally...
I'd recommend talking to a lot of people and looking at cars at several places. Just from talking to different people, you'll learn a lot about the market and what to expect, and you'll also know when someone is pulling your leg.

And be sure to check out next week's article about Selling a Car in Japan!