Tips when Selling a Car in Japan 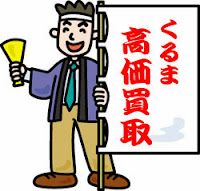 I'm in the market for a new set of wheels--to replace my old ones. As I mentioned in my previous post, I've met a lot of people as I've visited a dozen new and used car dealerships to ask about buying something new, and about selling the one I have now. Much of the information differs from what (admittedly little) I knew about buying and selling cars in the US. In today's post, I'll continue to share more of my findings:

As mentioned my article about buying, car color significantly affects value of a car in Japan. If a car you intend to sell is black or white, you can expect to get a bit more from it than equivalent models in other colors. (And as a buyer, this means you can pick up a car in other colors a bit cheaper.)

Mileage
Spend some time in the Japanese used car market, and you'll notice that most vehicles listed have, by American standards, exceptionally low mileage. To Japanese dealers, cars with over 100,000 kilometers are considered to be very high mileage cars. Often these cars will be considered hard or impossible to sell in Japan, and their resale value will plummet accordingly. However, dealers will still readily take these cars "for free" because they can list them on international auctions, where they are still very marketable. Used Japanese cars are popular in Southeast Asia, and cars that are thought to have no value here may still fetch thousands of dollars or more when shipped abroad. 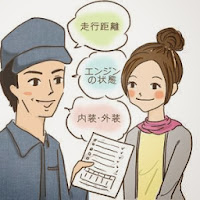 Interior
As in other countries, a leather interior helps in preserving the resale value of a car.

Navigation
Entry-level navigation units in Japan cost several hundred dollars, and their retail prices extend up to $3000 and beyond. Some owners choose to take their navigation systems with them to their next cars. Whether your car has a navigation system, how old and high quality a system it is, and whether you plan to leave it in the car when you sell will affect the car's value by several hundred or a few thousand dollars.

Age of Car
From what I've learned, new cars seem to devalue quite quickly in Japan; moreso than was my experience in the US. In a frank conversation of how well a new $25,000 sedan would hold value over time, a sales representative told me I should realistically expect to sell it for about half of the ticket price after three to five years of average driving. Yikes. This number will surely vary with the model and popularity of the car, but in general I've gained a sense that in Japan, where new is king, car values fall fast. For a time this steep drop will more or less bottom out, and the value of the car won't depreciate quite so rapidly. However, as cars age in Japan, they are taxed more heavily, another death knell for car value. At 13 years after first registration, annual car tax spikes, and many cars over this age lose their value completely--when being sold to a dealer. 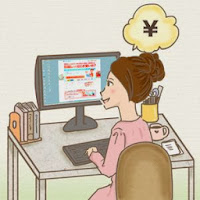 Time to Sell
The best time to sell a car is in February or March. Around this time of year, high school students are graduating and getting their licenses, university graduates are moving to new places around the country, and employees are transferring between company branches (although another hot time for transfers is in October). In general, March is a time when a lot of people are making lifestyle adjustments, and this is a concentrated period of car sales (and real estate sales, school supplies sales, etc.) If you can wait to sell your car until March, you may fetch a little more for it than if you sell it some other time of the year. Especially cars that are otherwise only being assessed at a fairly low value

Another reason to sell at this time is to avoid paying another year's worth of automotive tax on your current vehicle, since auto tax is assessed based on possession of a vehicle on April 1 of each year. 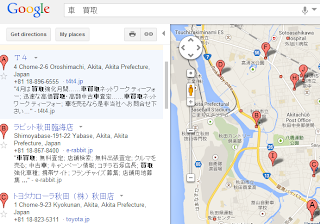 Where to Sell
It's of course common practice to trade-in old cars (called 下取り, shitadori, in Japan) when buying new ones (called 乗り換え, norikae), but if the dealer doesn't find the car attractive, he may simply offer to take the old car off the customer's hands "for free".

You may be better off arranging a sale of an old car and purchase of a new car separately. I contacted several used car dealers and franchises about selling my car, and I'm glad I did. My first estimate (from a dealer) was over $1000 short of all subsequent offers. After talking to four or five salesmen, I had a much better grasp on the resale value of my car, and was able to use that knowledge to haggle more effectively later.

Two of the nationwide chains to check with are Rabbit and Gulliver. These companies have storefronts nationwide, so it's likely you'll be able to find one nearby to visit. Many other national and regional chains exist, too. Visit Google Maps, navigate to your local area, and type in "車 買取" to see a list of stores near you. Several companies, like Carchs, will offer, at no fee, to visit you at your address to take a look at the car.

What you Need
When you sell the car, you'll need to provide 1) all keys you have for it, 2) the original shakensho document, 3) the jibaiseki hoken (mandatory vehicle insurance) slip, and you'll need to have 4) your registered inkan that you used when you purchased the car, as well as 5) a certificate of authenticity (印鑑証明書, inkan shoumei sho) for that inkan, which is issued by your local city hall.

Finally...
I'd recommend talking to a lot of people and having your car looked at by several places, both local shops and chain stores. Just from talking to different people, you'll learn a lot about your car and what to expect, and you'll also know when someone is pulling your leg.