Getting a Japanese Driving Licence 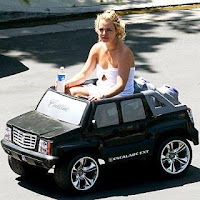 Driving in Japan is easy. Doing so legally is not so easy.

The good news is that if you are already a licence holder then you have little to fear - the process is very straightforward.

First things first. If you come to Japan with an International Driving permit, which you should be able to process in your home country with the Automobile Association, you can drive for up to one year.

Licence from scratch
For a country so incredibly bad at it, Japan is very finicky about driving. Everyone who wants a Japanese driving licence (apart from those listed above) must enroll at driving school (not strictly true, see a future post for, albeit stressful, alternatives). Here you will spend a large amount of time and money, especially if you require an English-language service.


There are several driving schools that offer English services, though nowhere near enough to be convenient. I personally had to travel 300km and sleep in a dorm room for three weeks to achieve my licence... and that's the fastest time possible.


Course
Stage one
Driving round a purpose-built toytown at the driving school for around 12 hours, and spending about the same time in a classroom watching badly narrated videos. Ends with a 10 minute driving test and 50 minute written test.

Stage two
Driving in the real world for 22 hours or so, and a further 14 hours in the classroom. Followed by a 25 minute driving test and 2 hour written test (which must be done in your prefecture).

The good thing about a driving school is that you are almost guaranteed to pass the practical side of things. I did my test with two other people in the car, and we switched around after each test. One of them was really bad and made loads of mistakes, but she still passed. She didn't even get scolded.

One last thing to note...
...is that most cars in Japan are automatic transmission. A manual licence costs about an additional 30,000yen, but may be worth it if you're returning to a country like the UK, where manual is the norm. This can be added to an existing Japanese licence for about double the price and only a few extra hours at the school.