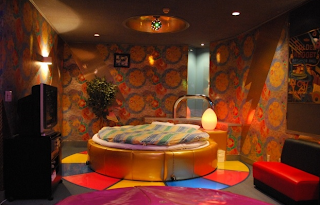 A common mistake that people can make for years in Japan is thinking that love hotels are sleazy whorehouses. Actually, a love hotel may be one of the nicest places you will ever stay in, and can also be a wise choice on a low to mid-range budget.


I first came to Japan in 2008 with my girlfriend at the end of a five month backpacking adventure. When we finally arrived in Tokyo we stayed in a love hotel. It was stunning, and not only when compared to the insect ridden hell-holes of the continent. 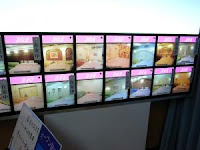 For the Japanese, the tradition of living with your elders must be a complete nightmare. I can't imagine spending most of my adult life looking after either a grandparent or a parent. It has to be a real strain on the brain. No privacy at all, and interfering old boots sticking their oar into your business all the time. At least that's how it looks to outsiders. In fact, a good friend of ours who is 28 still lives with her parents. Not only that, but she has a curfew (22:30) which will be lifted when and only when she gets married, and she isn't allowed to stay the night at ours because her mother hasn't met us. Anyway... 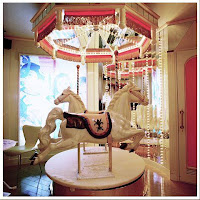 The common evaluation of love hotels is as a temporary antidote for this. Instead of being cooped up inside with the parents/inlaws, the young (or not so young) Japanese can spend the night in luxury with their hot friend. Sure, they're geared towards sexy times, but because they are so common and so popular, there's no stigma or shame in their use.

Not only that, but they are almost always significantly cheaper than a comparable hotel. The only catch is that you need to check in after a certain time for a full night's stay, or else leave very early. Generally the deal is a 4-hour "rest" for between 2,500 and 6,000yen, or a full 12(sometimes 18+)-hour "stay" for upwards of 7-8,000 depending on luxuries.

One time my girlfriend and I stayed in a place which had an electronic massage chair, karaoke machine, Playstation, 72-inch TV, steam-room jacuzzi and well stocked mini-bar for 13,000yen. Nice.

There are also various themed hotels. The other day I drove passed one in Maebashi, Gunma called TARZAN, which was draped in foliage and thick vines. I wanted so badly to go in, but I would have felt a bit odd on my own midday on a Monday.

And what better than not having to worry about finding your hostel/hotel at night after a few too many biirus? Get tanked up in a well populated area of Tokyo and find yourself surrounded by neon signs for a good night's rest at a decent price. No booking necessary (or possible).

One word of caution, however, is that sometimes you are required to use a computer to pay and exit your room. Usually this will not be in English. Randomly pressing buttons will get you out eventually, just make sure you aren't paying for 18 weeks in there at the same time.

So, if you have some kind of problem with people thinking you may be one of those individuals whom occasionally dabbles in S-E-X then you may well be turned off going to a love hotel. The rest of us, however, will just enjoy the novelty!

Other accommodation solving problems for the less-than-squeamish involve what I call "wank-booths". Read about them here. Other budget options include the famous Capsule Hotels, Youth Hostels and the entirely-free Couch Surfing.

Other posts in this series: