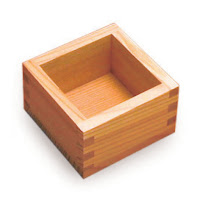 Well, it is, as long as you stay in the same country. Even though the word "cup" remains constant across a number of countries and is a constant go-to word in the kitchen, the actual volume it refers to differs by country.

Let's clear this up with the help of some internationally recognized measurements:

In Japan, 1カップ (ichi kappu) in a recipe calls for 200 ml of material.
This is the measurement you'll find on measuring cups bought at grocery stores and 100 yen stores.

And just to make things a little more complicated, Japanese rice cookers use a measurement completely separate from this, but it still gets regularly translated into English as "cups of rice."
Rice in Japan is portioned according to a traditional system called the 尺貫法 (shakkan hou). The unit suitable for use in the kitchen is called the 合 (gou), and it equates to 180 ml. This is why measuring cups in Japan have separate markings for rice and other ingredients.

Before coming into contact with the West, Japan commonly used the 合 in applications outside of rice. The volumeter from this time period was usually made of wood and had a square shape. Today, that same instrument survives in the sake industry, and if you drink Japanese sake at an upscale establishment, it will often be served in a wooden 合 "box" rather than a glass.

Fortunately, larger quantities in Japan tend to be clearly measured according to the metric system, and other common instruments in recipes, like 大さじ (oosaji) and 小さじ (kosaji) are equivalent to their Western tablespoon and teaspoon counterparts. (It sure beats the crap out of silly quarts and fluid ounces.)

But, if you find yourself unsure about a conversion, I highly recommend the site Wolfram Alpha. It is useful because you can pop in a number from a recipe (like "3.6 fluid ounces") and have it converted to another system of measurement without having to do any multiplication yourself. It also supports traditional units from around the world (including the 合). But, I wasn't able to get that pesky 200 ml "Japanese cup" to appear.