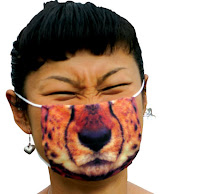 One of the things many people associate with Japanese people is the face mask.

People who have asked me about this generally think it's something to do with not being subjected to other people's germs, but also that they are largely ineffective.

First of all, the masks worn by many nations in SE Asia are usually used to contain the wearer's own illness, not protect against the ghastly cooties of strangers. This is something of a moral responsibility for the wearer. That's not to say that many people don't wear them as protection from other people, pollen etc. too. In fact, some people even reportedly wear one if they can't be bothered to put their makeup on. 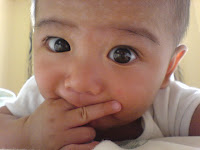 Although the effectiveness as a shield is often debated (although backed by some studies), for keeping your germs to yourself masks seem pretty handy. The added bonus of hindering an unconscious dirty finger in the mouth or nose also gets a thumbs up.

Many mask manufacturers claim their masks have a 99% germ stop rate, but the National Consumer Affairs Centre of Japan ran some tests which put the figure more in the region of 95% to as low as 50%, which still seems pretty high to me when compared to nothing. Japan Probe also covered this, and commented that the lower end of that estimate is applicable to masks which don't fit your head properly.

It's also important to note that apparently after something in the region of 0.5-3 hours, the dampness caused by respiration makes the masks dramatically less effective and they must be changed.

Regardless, given that the masks themselves are so cheap (a box of 50 can be found for around 400 yen) and do seem to work to a certain extent, I'm all for them.

There are many different mask types and styles, including tiny little pads which just about fit over your mouth and nose and look more like a miniature face-bra than anything else. You can also buy, of course, cute versions: purple and black pig-noses, whiskery cat faces, Rilakuma designs etc etc.