The Best Way to Learn Hiragana and Katakana 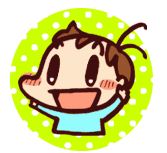 If you've been put off learning Japanese by the complexity of the script, then here's some good news: it's not actually that hard! Well, the two basic alphabets aren't. Kanji will always be daunting due to the amount, but kana will get you most of the way through the language.
If you have the time and patience, both hiragana and katakana can be done in a day or two.

I don't believe in the slow and painful methods some people recommend for learning these Japanese characters. They aren't complicated enough to require pictorial stories to memorise.

My solution is simple: www.realkana.com (just to clarify: we get no money for you clicking this link)

It's an unbeatable flashcard-style site covering both alphabets. It requires the user to type a response to a kana syllable on screen. Very simple, but completely effective. You don't need to buy any books or other resources.

Here's how I learned hiragana and katakana in six and four hours respectively:
It sounds simple enough, and if you can concentrate for a long period of time it will work beautifully. Of course, you don't have to learn them all in a day, or a week. Even five minutes a day will get you there eventually, and the rewarding feeling of being able to read something so alien to your first language will keep you going.

And that's that. No need for geeky posters or flashcard sets. After you've memorised them it's just a matter of practising. Read things in kana (even if you don't understand the meaning) whenever you can, and always write in kana when you study.
You'll find katakana more difficult to remember in the real world because it's used so much less, so put extra time into that.

The same people made a site called www.realkanji.com, but I can't recommend that as highly as the realkana. Kanji requires a whole game plan to study and memorise. Stay tuned for that guide soon.