Here at AccessJ we're always one step ahead of the game. We tear the competition in two with our cut-throat professionalism and unstoppable momentum. Out of the way "Gumper ALT Life Stories" and "JipanGU" sites, AJ gone crazy.

Anyway, so we got hold of a copy of next year's JHS textbooks (at least, for selected schools). It's a reworked version of New Crown - that series I got so angry about last year with my "5 Most Annoying Pages in New Crown", "4 Stupidest Characters in New Crown", and "3 Appalling Stories from New Crown" posts.

Here's your chance for a sneaky peak before 2012!

Well, first things first. Wang Ming has had a sex change! Someone finally helped him take the last step towards becoming Yang Meling. Ratna has slithered off back to India, too, unless her eczema got so bad that she just crumbled into dust and was rebuilt as a boy called Raj. Speaking of Emma (does that even qualify as a bad pun?), she's still there, but along with the rest of the cast has had a massive face-lift. The retarded, camp watercolourist from last issue has given way to the elite skills of some anime-savvy whipper-snapper.

In fact, and I may alienate half of our audience for saying this, but it actually looks quite good. Not only was New Crown dated this year (and every previous year it was used), but it had so much nonsense content that either didn't teach anything useful or made little to no sense at all (like the bizarre re-tellings of Alice in Wonderland and the Whale Rider). The new edition seems to have deliberately targeted the problem sections and made them into something useful, and, lo-and-behold, actually entertaining (sort of).

However, there's also a hell of a lot more material to cover. This probably has something to do with the upcoming change in the education system. Japan's education functions on a 10-year plan, after which the previous decade is analysed and the results used to formulate the next. Last time this led to massive changes in how children were taught. The high levels of suicides and stress were attributed to the huge workload on school students. The proposed solution was to drastically cut that workload (no school on Saturdays and a dramatic drop in expectations) and focus more on involving the personalities of students in every-day school life. The result of this change, however, was (predictably, I guess) a drop in achievement. So, looks like it's back to the old method... More on this in a future post.


Today we'll treat you to character comparisons. Next time, we'll have a closer look at how the same chapters/pages have evolved in the new edition. 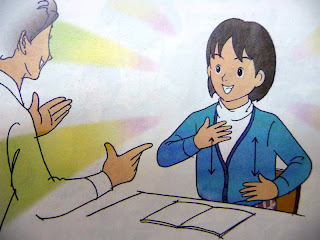 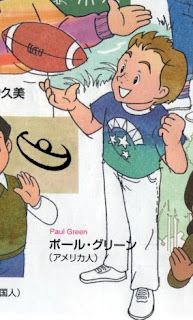 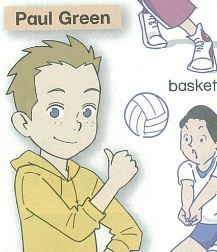 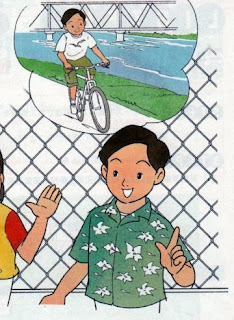 So it's all change, huh? Paul has also acquired a physically handicapped brother (presumably to balance out his own mental retardation). More details in the future, folks.