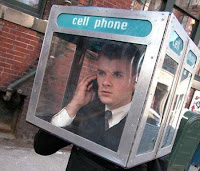 Today begins Access J’s latest installment featuring a comprehensive guide to purchasing your very own mobile phone. If you are fresh off the boat or just curious about the local market, have no fear, we have you covered.

Japan has long been a land known for its extravagant mobile phones, replete with GPS, high-spec cameras, extra large screens, and all sorts of doo-dads. What's more, the Japanese mobile phone market is possibly one of the most unique and (some might argue) isolated markets in the world. Japanese phones (携帯電話), or keitai denwa (often shortened to simply 携帯 keitai) utilize many features not found in many other parts of the world and, therefore, are largely unusable outside of the Japanese market. Some big differences are:
Since landlines are expensive—although thanks to fiber optics, this is changing—and the mobile phone is the nexus of socialization in Japan, you should, like, probably get one. Or you could just do what one of our other writers did and rely on your girlfriend to do all the social networking for you, until she gets sick of it.
Major Mobile Phone Providers in Japan
First and foremost, there are three main phone companies used by most Japanese: NTT DoCoMo, au, and Softbank. These carriers cover pretty much the whole country and even the country side is well serviced my most providers, although NTT DoCoMo is particularly renown for its high level of coverage. NTT DoCoMo has long been the dominant provider although recent competition from rivals has brought down its commanding lead. Thanks in part to its status as the exclusive iPhone provider, Softbank (formally Vodafone Japan) has been stealing away customers at a relatively fast clip.
The other two remaining providers are Wilcom and E Mobile, both of which service relatively specialized areas. Wilcom caters to business with free in-network calling and low cost, simple to use handsets while E Mobile focuses on reselling its radio spectrum to 3rd parties and mobile computer broadband users. Both companies have coverage that focuses almost exclusively on big cities. At time of writing Softbank has been in talks to acquire a majority share in Wilcom as the company has been losing customers at rapid pace and its financial stability is questionable.
Unlike Europe, where most companies use a technology called GSM and its more advanced cousin, W-CDMA, Japan has several standards in play, all mutually incompatible. This means that your handset is effectively tied to your carrier and even if you pop the SIM out, you are still out of luck. Moreover, even though Softbank and NTT DoCoMo use the same technology on the same frequency they have no roaming agreements that allow you to “borrow” or roam on a rival network where there is no native service and their phones are fixed to a specific company branded SIM. To add to the confusion, E Mobile uses the same technology but on a different radio band, requiring special phones. au, on the other hand, uses CDMA technology which is rarely used outside of the US, Canada, and Korea. However, this particular brand of CDMA uses a unique frequency combination and cannot be used internationally unless a specific world phone is purchased. NTT DoCoMo and Softbank utilize a relatively global standard and radio frequency that allows for international roaming (although some older W-CDMA phones by DoCoMo are incapable of roaming due to hardware quirks). Confused yet? Don’t worry it gets better….kind of…
Stay tuned to AccessJ for our upcoming installments where we will show you how to go about purchasing a phone at your local shop as well as the ins and outs of a typical Japanese mobile phone plan and even how to use your fancy new phone to socialize with all your friends! Part two arrives crisp and new next Friday.

Email ThisBlogThis!Share to TwitterShare to FacebookShare to Pinterest
Labels: MobilePhones