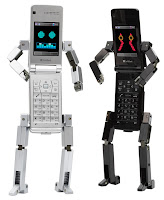 The most popular phone option by far in Japan is getting a contract plan from a major provider.


Read all about it.

In the past, mobile phone companies were more than happy to subsidize a handset provided you promised to stay with them for about 2 years. However, as mobile number portability (MNP) was introduced (see our other article on MNP) and phone penetration hit nearly 100 percent, the incentive to attract a dwindling number of fresh customers with fancy free or nearly free handsets has declined. Most mobile phone providers, instead of giving the handset away for nothing, divide the payment over a 12 to 24 month period depending on the length of your contract, making you pay a bit of the phone every time you pay the bill. Of course, if you don’t want to make the multi-month commitment then you can buy the phone outright but be prepared to shell out 40,000-70,000 yen. Japanese phones may be feature filled and flashy but the certainly are not cheap. However, if you aren’t a technophile then some shops offer free or nearly-free phones in order to get rid of older or outdated models.


Also, keep in mind that when you sign a contract you are liable for early termination fees as well as paying off the money you owe for your phone. These fees generally start at 5000 yen and go up depending on the length of the contract, terms, conditions, etc. So don't be surprised to shell out over 10,000 yen if you cancel early.
There are a two basic components to the basic Japanese mobile phone plan which you can see below:
A) Calling Plan/Tariff
The first is the calling plan itself, of which there are several varieties. One of the more popular plans is Softbank’s “white plan” that is essentially a 980 yen a month plan with no free talk time included. From 1am to 9pm calls to other Softbank subscribers are free and all other calls are billed at a rate of 21 yen per 30 seconds regardless of who you call. There is also a slightly more expensive “Double White Plan” that has a higher basic fee but lower per minute cost. Other providers have similar plans and, if you sign a contract of one to two years, then you may be eligible for promotions such as a month or two of free service or unlimited calls.
More conventional plans tend to include “free yen” allotted to calling time. After the free yen is used up then extra charges are tacked on. These plans often charge differently based upon the termination point (i.e. where you are calling) with mobile to land line calls being the most expensive. In some cases, its actually significantly cheaper to call overseas than it is to call domestically! Many companies allow to add extra services such as paying extra to call designated numbers for a reduced per minute rate. Also, keep in mind that most plans do not include voice mail, call waiting, and call forwarding and must be purchased separately for about 300 yen per item or in a pack. Most handsets have built in recording systems but those only work when connected to a network.
B) Mobile Data and E-mail
The next charge is for mobile internet. The most famous brand of mobile internet is NTT DoCoMo’s iMode service. For a small subscription fee (usually 300 yen or so), this service allows you to connect to the mobile web, use an e-mail address (see below), and access normal internet sites. The amount of data you use determines your bill and Japanese phones use a weird measurement which is called a “packet” (about 128 bytes) which is used as a standard billing unit. Normally, one packed is a yen or less but with all the mailing and surfing you will inevitably be doing, this adds up super fast, especially considering that Japanese mobile phone e-mails (see below) are chalked full of flashy animations and pictures. Therefore, most providers offer a “pake-hodai” plan that effectively allows for unlimited use. The most common type of plan is a tiered data plan that starts off at a relatively low number (500-1000 yen typically) and goes up to a maximum (4000-6000 yen or so) based on a preset cost per packet.


Even if you hit the upper limit, you can keep using without worrying about getting charged further. So basically, if you use a lot of packets then you will top out at the max price level and if you are packet frugal then you can keep your bill extra cheap. This measurement includes internet and regular mail, keeping in mind that phone companies often distinguish between specialized mobile phone only websites and regular everyday sites (often called “full browser”). Some carriers have a higher max cap for non-mobile specific websites.
Furthermore, now that smart phones are all the rage these days (think Android, iPhone, Black Berry, etc), many carriers have the option of a “flat packet” service where you pay a fixed price for unlimited usage. As a matter of fact, many carriers require this option if you are planning on using a smart phone and often it is a bit more economical if you find yourself constantly hitting your top packet price on the pake-hodai plans.
As usual, stay tuned for our next mobile phone installment where we show you how to pay your bills.
Other posts in this series:
Part #1: The Basics
Part #2: Important Paperwork
Part #3: Pre-Paid Phones
Part #4: Post-Paid Phones
Part #5: Paying Your Bills
Part #6: Mobile E-mail Guide

Email ThisBlogThis!Share to TwitterShare to FacebookShare to Pinterest
Labels: MobilePhones