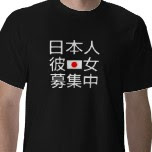 A while back, Tofugu wrote an article about why having a Japanese girlfriend (or boyfriend) won't improve your Japanese. Some of the points there are pretty valid. I mean, laziness is the same reason that keeps Pimsleur CDs disappearing into living room shelves without any meteoric rise of polyglots in the English speaking world.

Anyway, in regards to the article, the only point I had any particular problem with was point number 2.


And yes, I did read reason 10. I do understand that the article is written tongue-in-cheek. But it'd be a shame for any readers to nonetheless be left with an impression that code switching is not a means through which significant language learning can occur.
Code switching is similar to the way bilingual children speak before they're aware of possessing two languages. (It just happens to be called "language mixing" when a child hasn't reached a stage of cognitive development in which he or she can discriminate between languages.) But, even after a child understands this difference, it is common for that child to continue a pattern of language switching when in the presence of other bilinguals.

As a language learner, this kind of linguistic playfulness helps you work on foreign vocab words and grammar patterns not present in your native language. You're practicing Japanese vocabulary when you put a word into the middle of an English sentence, and you're internalizing grammar when you rearrange your English words in Japanese order. Great!

After all, different languages have the ability to say certain things more efficiently or precisely than others. This difference between languages is what might cause you to break out into an explanatory paragraph every time someone asks you how to translate the phrase "懐かしい" or "甘える." It's often hard to find a common, simple translation for things we learn and identify with in Japanese--and the same is true for Japanese learners of English. (I mean, I don't buy the idea that any native English speaker is going to pick up an old favorite novel and naturally exclaim "How nostalgic!" into the open air.)

So, when you're with your Japanese girlfriend or whatever, and you feel like saying "懐かしい," then say "懐かしい!" Practice your Japanese! Take advantage of this kind of linguistic understanding. Be proud that you've found a shortcut to expressing some human emotion a little bit more accurately than your native language allows. Even if that word pops up in the middle of an otherwise all-English dialogue.
But, be careful who you code-switch with. Do it too much in public, and you risk looking like a tool:

Im looking for a bento box, it cant be pinku (thats japanese for pink) or any girl color. It has to be of 2 or more kotoba (thats japanese for 2 compartments) and has be be chibi (small) sized. And has to be really kawaii (cute). Also It has to be about 10-20 bux. And you have to post pics of it first (i want to make shure it's kawaii (cute)). And it would be nice if it came with matching chopstick holder (WITH chopsticks). OH! and it CANNOT have any cartoon pictures, or be made out of plastic. It has to be made of ceramic, or something like that. Also it would be nice if it was made in japan. and not in china or corea (korea) or whatever. I have found a bento box similar to the one im describing in e-bay, but it was 1 kotoba, and i dont want my gohan (rice) to touch my other things (it can get wet and i would not like that, plus 2 compartments looks more kawaii)
That's the same reason bilingual kids tend to only code-share with family members and close friends. When you're in an intimate relationship with someone, you talk with them in ways that you wouldn't with anyone else. Code-switching is more available as a tool when you have someone close to use it with. Having a Japanese girlfriend just happens to be one way to make code-switching available as a practice tool.
Now, the problem with code-switching is (and the article at Tofugu bashes on it precisely because of this risk) that it gives you, the language learner, an easy cop out when you encounter anything you don't know how to say in Japanese. I'd say this really boils down to a problem of laziness, though, not code-switching. It's like only wanting to review the ten flashcards you already know and immediately shuffling unknown cards to the back of the deck rather than learning them properly.
If there's an immediate need to communicate, by all means, do whatever necessary to get your point across. But when you're not rushed, get off your ass and look whatever you want to say up in a dictionary! There are so many quick, convenient tools out there, especially if you're anywhere near a computer. Once your point is across, ask the person you're talking with how to say it in natural Japanese. And then write it down. If you're really able to talk with your Japanese girlfriend and instantly remember new words that she tells you, there's no reason for you to be reading this article, and your Japanese is probably already amazing. The rest of us need memos. So keep a mini notebook and write down the new word you hear, or flip out your cellphone and type the word in once and e-mail it to yourself. Do anything to store it, so with any luck you'll find yourself glancing at that word again later and pushing it that much further into your long-term, usable memory.


So, what do you think? Do you agree? Am I way off the mark?
As always, please feel free to share your opinions and comments below.