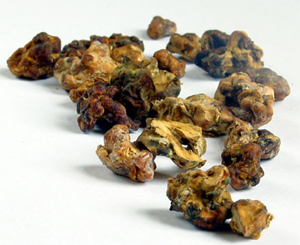 A short while ago I wrote about 5 delicious edible mushrooms in Japan.

Predictably, not all mushrooms are quite so delicious, or even safe to eat. Here are 5 baddies. 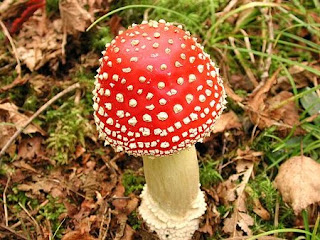 ベニテングタケ (benitengu take)
More commonly known as fly agaric, the poster-fungi for magic mushroom fanboys and Alice-in-Wonderland-reading barefoot hippy tosspots. Makes you trip your nuts off for most of the day, stare open-mouthed and teary-eyed at twigs and animal droppings and rub your face against trees and thorny bushes alike. Can also cause vomiting and loss of the ability to tell if your pants are dry or wet. 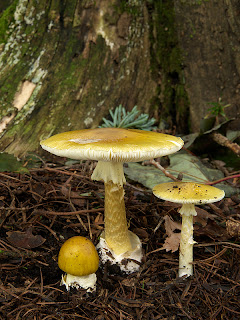 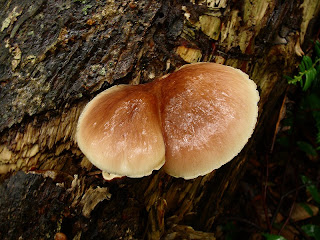 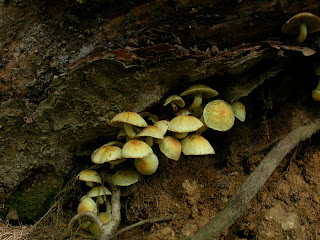 ニギクリたけ (nigikuri take)
Sold by accident a couple of years ago at mushroom stalls in Tokyo and Fukushima-ken. Created a minor media panic. Japanese news report. Causes diarrhea and nausea. 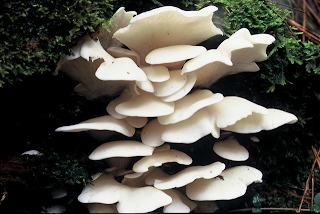 スギヒラタケ (sugihira take)
Known as Angel Wing in English, this wood-decay growing fungus has been considered edible for a long time, though recently has been identified as the cause of several deaths and thus reclassified. Looks pretty, and not wholly unlike a poisonous species I accidentally ate in England; which gave me murder-dreams so vivid that it took several weeks to convince myself that they definitely did not happen.


More
Interestingly, although magic mushrooms are not legal in Japan nowadays, as recently as 2002 they could be bought very easily and legally - often at the door of nightclubs and in Japan's small selection of head shops. Like, woah.